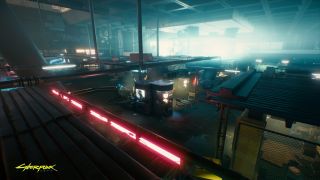 CD Projekt Red has officially confirmed that Cyberpunk 2077 will have a multiplayer component, but only once the studio has finished delivering all planned single-player content for the game. The Cyberpunk 2077 Twitter account announced confirmation this morning.

1/2 Until now, the only thing we said about multi was that it was in R&D. As we’re getting closer to launching ‘single player’ Cyberpunk 2077 in Apr. 2020, we’d like to confirm that multiplayer's in the works! If you feel like lending us your skills apply: https://t.co/QQV6qsuvhk pic.twitter.com/GHbiS5N3DTSeptember 4, 2019

CDPR included a link to its careers page in the tweet, and is currently hiring for eight multiplayer-focused jobs at its Wrocław studio. These include a 3D character artist, design director, network programmer, senior gameplay programmer, and more.

The company also provided a rough post-launch roadmap for Cyberpunk 2077.

"The plan for now is to deliver Cyberpunk 2077 in April, then follow up with DLCs (free!) and single player content, and—once we're done—invite you for some multiplayer action," CDPR tweeted in a follow-up.

It's not any massive surprise that multiplayer will eventually arrive in Cyberpunk 2077, as CD Projekt has been hinting at it for years. Last year, the company brought multiplayer specialists Digital Scapes on board in a "long-term strategic cooperation" on the game. Digital Scapes previously worked on Dying Light's multiplayer component, "Be the Zombie."

Fans have expressed concern over the potential for microtransactions in a multiplayer game, particularly after CD Projekt's CEO suggested online elements will be crucial to Cyberpunk 2077's long-term success. But the company says not to worry, going so far as to put an FAQ as background text into Cyberpunk's 2018 E3 trailer that read, on the question of microtransactions, "In a single-player role-playing game? Are you nuts?"