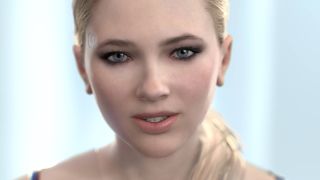 Start a Google search for "Telltale" and "choice" and one of the top suggestions will be "choices don't matter", leading to forum posts and articles challenging the game's opening statement: "this game series adapts to the choices you make".

If you want to be pedantic about it, you could say that Telltale never promised choices that matter, and the games do adapt to your choices. What we as players are really interested in however, is how far a choice carries us. We want the dramatic twist that we never could have seen coming, brought about by our interactions.

It's easy to see that failure to deliver on that notion of supreme choice as a Telltale error, when it was always the studio's intention to create a story that flexes without breaking completely.

Many players laud Telltale games for their tight and emotional storytelling, but what gets often overlooked is how creating branching choices to that extent is like writing another game on top of your existing one. You have to tell a different story from the one you're already telling, all in order to lead a player to an alternative ending. Unless the player completes the game again and sees every ending, they can't truly appreciate the weight of their choices.

A huge amount of creativity and work goes into creating these choices in the first place. Appreciation for a good choice, clearly communicated and surprising—all things that Telltale games deliver on—can be drowned out by discussions about how much exactly choices matter. There are certainly a lot of in-game choices that fill a metre, as these are overall easier to achieve—Become the bad guy by repeatedly punching people, make a character fall in love with you by picking all the flirty options. These choices do what in every other case we ask videogames to do—give us control.

In Quantic Dream's Detroit: Become Human, soon to be released on PC consequences are brought about less by narrative choices and more through failure, deliberate or not, to wrangle the game's notoriously fiddly controls into submission in high-stakes situations. If such a situation results in a main character's death, that's it. That's what happens when you kill someone central to the narrative instead of a redshirt. Killing a beloved or important character is a dilemma for characters within the story, but more so for the writer who needs to potentially replace them to keep things going.

If they can't then well, that story has to end. In Detroit what you say doesn't matter as much as what you do, and it's likely a testament to how difficult it is to write subtle dialogue that allows the player to affect the narrative in a major way. Punching someone on the other hand ought to do it, where applicable, but these dramatic choices can also come across as a tad unhinged, depending on the situation. Act like a saint for one half of the game and choose bad options during the other, and you're forcing the game to end up on a middling, slightly vanilla note. It's silly fun in the way Mass Effect's paragon and renegade options are, but it‘s difficult to marry with a cohesive story.

Metre choices in Detroit often show you the actual degree to which you're influencing someone. This influences you by letting you look under the hood—you know your relationship with a character just took a less friendly turn, but you don't know if you will have an opportunity to fix it. That way, you're eventually being locked into a path. A chart at the end of each chapter proudly displays the considerable achievement, culminating in thousands of words, millions of dollars spent on development, and yet more than one ending you know to be a bad ending, where everything just ends on a sour note, leaving you feeling as if you've lost. Similarly, AI: Somnium Files shows you where your choices are branching off and doesn't tell you where they lead, but once you've reached the darkest timeline, it will cut you off at some point and tell you to go back all the same.

Pragmatically speaking, narrative choice, as popular as it's become throughout the decade thanks to Telltale, is mostly a considerable expense in both time and money with diminishing returns, as people can react just as strongly to a twist in a story when they haven't brought it about themselves. In the end, interactivity through choice probably sounds better on the box than "story-driven", but we need to be aware of what's possible, and more importantly, feasible, compared to the often inordinate amount of freedom we're asking for.