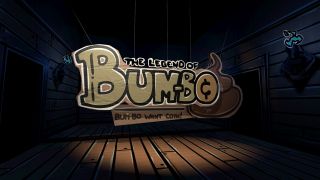 The Binding of Isaac creator Edmund McMillen has halted plans to work with indie publisher Nicalis on two of his upcoming games, including the recently announced The Legend of Bum-bo. McMillen made the decision following a Kotaku report containing allegations of racism, abusive behavior, and dubious business practices at the company.

The allegations were made by multiple external developers and former employees, who claimed that Nicalis founder Tyrone Rodriguez pressured employees and potential clients to drink heavily at events, used racist slurs, and engaged in other forms of controlling and exploitative behavior. Skype logs obtained by the site also show Rodriguez using racist, homophobic, and antisemitic language in the Nicalis group chat.

Enter the Gungeon designer David Crooks also described how Nicalis "ghosted" him on an agreement to develop a PlayStation 4 port of the game. Crooks and Nigel Lowrie of publisher Devolver Digital both said that after Nicalis signed an NDA and received access to the Enter the Gungeon source code, Rodriguez stopped responding to calls and emails, eventually forcing them to find someone else for the job.

Nicalis has previously handled console ports for The Binding of Isaac and The End is Nigh, both developed by McMillen, but he told Kotaku that Rodriguez "wasn’t ever my boss, he’s always just been a publisher of my work" and said that plans to work with the company on two future projects would be canceled.

"I won’t be moving forward with Nicalis when it comes to the port of The Legend of Bum-bo or any console versions of Mewgenics," he said. "[Binding of Isaac: Repentance] will still be releasing as originally planned, the team poured their heart and soul into this DLC and it’s very close to releasing."

Nicalis did not comment on McMillen's decision but denied the allegations in a statement. "Developing and publishing games is a dream for the staff of nearly 20 that work at Nicalis, Inc. Some of our team have been with the company almost a decade and we work hard to create an environment where we treat our team members with respect. They are what make the company," it said.

"We do not condone abusive workplace environments or discrimination and have people from all walks of life. We hope for the continued success of our internal team and our external developers. Regarding the companies under mutual NDA with Nicalis, Devolver (publisher of Enter the Gungeon) and The Game Bakers (developer of Furi), we can only comment that we do not have any signed publishing agreements with them and never have."