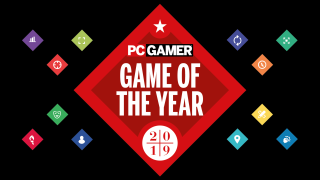 We'll be spending the rest of December revealing PC Gamer's Game of the Year Awards for 2019. Here's how it works: each staff member gets up to six nominations for games that came out this year. We add up the nominations, jump on a global group call, and decide which games we want to give an award. We pick the award names based on the games we select, which is why you'll see slightly different categories each year.

Alongside the awards, each writer has also picked a personal favourite for the year. While these aren't part of the awards proper, they're still games that someone on our team felt was worth celebrating. We'll be updating this page with new awards as they're revealed, up to the reveal of our Ultimate Game of the Year on December 31.