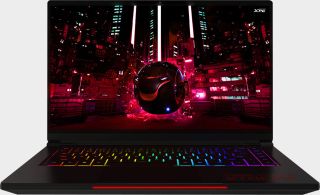 The holiday break is the calm before the storm that is the Consumer Electronics Show (CES), which is where companies congregate to announce new products and pitch prototypes. It's hectic, to say the least. Ahead of the big event next month, Adata announced it is expanding into some new categories, including gaming laptops, PCs, and monitors.

Adata is best know for its memory products, including DDR4 RAM, solid state drives, and flash media cards. But it also dabbles in a few other areas. For example, it offers a single power supply model, a couple of PC cases, some peripherals, and an all-in-one liquid cooler, all under its enthusiast XPG brand.

The reason I'm looking forward to Adata's expansion into gaming PCs and monitors is because it often treads that line between performance parts and bang-for-buck pricing. Just a few weeks ago, its 1TB XPG SX8200 Pro SSD went on sale for $106 and change, a remarkable price for a high-end SSD with rated 3,500MB/s sequential reads and 3,000MB/s sequential writes (it's currently on sale for $148, which is still excellent for the specs).

I'm hoping Adata brings that same balance of aggressive pricing and high-end performance to these other categories. Time will tell. Same goes for detailed specs—Adata isn't sharing a whole lot right now, though it is providing some basic info.

On tap from Adata for CES is a gaming laptop called XPG Xenia. Adata says it developed the 15.6-inch system in collaboration with Intel. It will feature a Full HD 1080p IPS display powered by a 9th generation Core i7 processor, along with one of the aforementioned XPG SX8200 Pro SSDs (it's not clear what capacities will be offered).

Adata is also planning to unveil the XPG Gaia, a mini PC that it designed in collaboration with Intel as well. Details are even more sparse on this one, though Adata did say it sports a 5-liter chassis and a PCI slot that can fit cards up to 8 inches. A compact 500W PSU that is 80 Plus Platinum certified will power the system.

As for monitors, Adata will be rolling out a 27-inch XPG Photon display. Ahead of the launch, Adata is pitching it as the world's first gaming monitor to use Vivid Color Eye-Safe Display technology from PixelDisplay. It's basically a blue light filtering technology to reduce eye strain.

I'm more interested in things like the refresh rate, response time, brightness, and so forth, but none of that information is available yet.

Adata will be trotting some other products as well, such as a new gaming headset, more SSDs, a full-tower concept case, and more. In short (too late?), it looks like Adata is planning to aggressively target PC gaming in 2020. I'm cautiously optimistic it will work out, but we'll see.