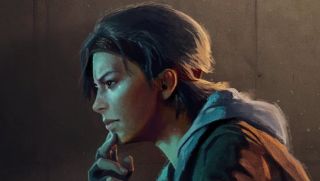 Happy Valentine's Day! This evening, why not get cozy with the special person in your life and do something incredibly romantic, like read the top PC gaming news stories of the week to each other. It'll be sexy as hell. Trust me.

Here's what hit the roof, the fan, and the front page this week:

Eric Barone, also known as ConcernedApe and the creator of Stardew Valley, casually mentioned he was working on not one but two new games. Thing is, when you make a massively successful and beloved game, people tend to get worked up about casual mentions of future projects, especially when one is related to Stardew Valley. Barone asked people to chill out a bit and not to get "too hyped at this stage." We'll try.

Well, times have certainly changed. One of the many appeals of Macs over PCs in the past was that malware simply wasn't an issue. While we were all installing garbage antivirus programs and doing routine sweeps, Mac users were almost entirely free from those worries and could just focus on playing the four or five games available to them. These days, however, Macs have taken a bigger share of the OS market and have thus become a more regular target for cybercrooks and their adware, according to Malwarebytes Labs.

PUBG is getting an 8v8 team deathmatch mode

This is PUBG's second attempt at team deathmatch, and this time it's pared down the action to a selection of small maps which will hopefully result in tighter fights. It's currently on the test server if you're looking for a break from standard battle royale.

Half-Life: Alyx has a release date

We knew it was due next month, but Valve tightened up that window by announcing it'll arrive on March 23. Also, and this is kinda funny, one of the new screenshots featured a literal error in it.

Activision Blizzard games have been pulled from GeForce Now

I don't quite get how an accident like this can happen, but Nvidia is saying it was basically a misunderstanding and Activision Blizzard's games weren't really supposed to be included in the first place. That's a pretty big whoopsie.

We do more than just report on the news here at PC Gamer: we occasionally play games, too. Andy tried out physics comedy game Table Manners, but he didn't think it was funny and doesn't want a second date. On the plus side, he's having a fine time building tiny houses in The Sims 4 and those don't have much room for bringing someone home to anyway. And, he put together a lovely tribute to PC gaming's most immersive worlds, which you can see below.

Jake Tucker decided the real meat in Escape From Tarkov isn't the combat but in the modding and selling of guns. Steven gave Wolcen: Lords of Mayhem a try but found the RPG less than revolutionary and more than a bit buggy.

What else? Well, Jody took a nostalgic ride on Half-Life's iconic train, one of the greatest PC gaming moments of all. And Joe Knoop got his hands on Outriders, the upcoming shooter-RPG from the makers of Bulletstorm.

Meanwhile, Phil is still playing games like Destiny 2 and Guild Wars 2, and finds himself grateful for the theorycrafters who spend ages figuring out the best builds so he can stand on their shoulders and enjoy the loots of their labor.

We reviewed stuff, too! Through the Darkest of Times is a "uncomfortable and important strategy game," says Luke Kemp. LUNA: The Shadow Dust is an enchanting adventure that will nonetheless leave some players perplexed, says Rachel. And Sam Horti determined that the Razer Dethadder V2 is the best wired mouse available today—though it'll cost you.

That's it for this week. Have a happy Valentine's Day, and even if you have a hot date, never forget your one true love: PC gaming.