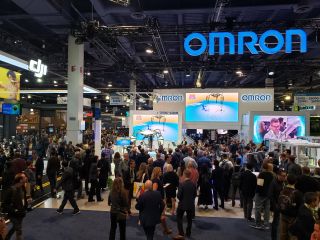 Each year, tech companies travel from around the globe to Las Vegas to show off their new wares at CES. Officially, CES 2020 starts on Tuesday, January 7 and ends on Friday, January 10. However, preview events and announcements are already starting to show up, and there will be plenty of press coverage next Monday and even Sunday.

CES is dominated by smartphones, cars, questionable gadgetry, and massive 8K TVs, but we're, of course, interested in the PC aspects of the show. Here's a rundown of some of the biggest names and what we expect to see and what we want to see from them. With the start of a new decade (don't be pedantic), we're looking forward to seeing the latest plans and trends.

Intel still hasn't released a 10nm desktop processor, and while it's possible we'll see one at CES, it's also unlikely. Instead, we'll get to see Comet Lake, the sixth round of 14nm desktop CPUs. Yes, all indications are that Intel has another 14nm++ part in the works (and a future Rocket Lake architecture as well). The halo part will be the Core i9-10900K, a 10-core/20-thread CPU that may see turbo clocks as high as 5.3GHz based on some rumors.

Architecturally, this appears to be the same basic design as Skylake, Kaby Lake, and Coffee Lake, only with two more CPU cores. Performance should be equal to or slightly better than the i9-9900K in lightly to moderately threaded workloads, including games, while heavily threaded tasks could see performance improve by as much as 25-30 percent.

Perhaps the bigger deal for the first 10th Gen mainstream desktop parts from Intel (10th Gen HEDT CPUs launched last November), we expect new 400-series chipsets to support the new processors, along with a new LGA1200 socket. If correct, that means you'll need a new motherboard to go with your new CPU, should you choose to upgrade. Will the 400-series also support PCI Express 4.0 connectivity? Early rumors say no, but we'll have to wait and see.

AMD's CPU team has been rolling for the past several years, releasing updated CPUs on a 12-month cadence. First generation Ryzen arrived in 2017 using the Zen architecture, and a refined Zen+ architecture came out in 2018. Things got serious in 2019 with Zen 2 being the first x86 compatible 7nm processor, and we called the Ryzen 9 3900X the best CPU of the year—and Ryzen was the most exciting hardware of the past decade. Where will AMD go next?

Zen 3, naturally. Okay, maybe you were expecting Zen 2+, but that's not in the plans. Instead, AMD will have an improved architecture building off the success of Zen 2. Current indications are that AMD plans to launch Zen 3 processors in the second half of 2020, which means we could see some early demos from AMD at CES—that happened the past several years with Ryzen. Further tuning of the core features and architecture should make AMD that much more competitive with Intel.

AMD is also working on its Renoir processors, that will include integrated graphics. There are many questions and rumors swirling around Renoir. Will there be 8-core/16-thread CPU variants? (Most likely.) Will it use Vega integrated graphics, or will it get upgraded to Navi GPUs? (We're hoping for Navi, but some form of upgraded Vega seems more likely.) Renoir might show up in some laptops at CES, if it's close enough to release.

New motherboards to go with those new processors

New CPUs and new sockets can mean only one thing: fresh motherboards for them to sit in. If Intel CPUs are present at CES, there will undoubtedly be a huge variety of 400-series motherboards on display. New AMD motherboards for Zen 3 are less likely—we'll see those at Computex 2020 instead. But if we're lucky, we might be able to get a few photos of early prototypes. Will AMD stick with socket AM4 for one more generation? Probably, at least if you have an X570 board.

There's credible evidence that AMD's next GPU will be the Navi 12, slated for RX 5600 XT graphics cards that slot in between the RX 5500 XT and RX 5700. Officially, there's a $150 price gap between those cards, and it makes sense to fill it. Given the rumors and leaks, the RX 5600 XT will almost certainly be at CES.

The bigger and arguably more interesting question is whether we'll see Navi 20 (Navi 21?). That's the codename for the second generation Navi GPU that will include ray tracing hardware support. Some variant of Navi will be used in the upcoming PlayStation 5 and next generation Xbox, both of which are due to launch in the fall 2020 time frame. We also know that AMD currently has nothing that can match the performance of Nvidia's fastest GPUs—the RX 5700 XT basically trades blows with the RTX 2070, and falls behind the 2070 Super, 2080, 2080 Super, and 2080 Ti.

AMD needs a new high-end GPU, especially since Nvidia is expected to replace its current RTX 20-series GPUs with new RTX 30-series GPUs this year. Considering the Navi 10 is only a 251 mm^2 GPU, it shouldn't be too difficult to add more cores and still have a reasonably priced DXR-compatible graphics card. That's our hope, anyway.

Will we see Intel's dedicated GPU in action?

We know Intel's first dedicated graphics card since the i740 back in 1998 is coming. We know that GPU architecture is called Intel Xe and is designed to scale from consumer products and integrated graphics all the way up to datacenter parts—some of which may integrate multiple GPUs on a board. What we don't know is how it will perform, when exactly it will launch, what it will be called, and how much it will cost.

Rumors on all of those points abound. There's a tentative (ie, totally unofficial) June 2020 launch date, and expectations of mid-range pricing and performance, but those are just guesses. Ray tracing support is iffy as well—Intel is working on a ray tracing solution, but it might not be for 2020 products. While it's technically a newcomer to the discrete graphics card market, Intel has been making integrated graphics GPUs for a long time, and drivers have improved over the past couple of years. Hopefully, we end up with some pleasant surprises in terms of performance and pricing, but we don't realistically expect Intel to be able to take down AMD's or Nvidia's top GPUs.

We wrote about what we expect to see from the RTX 3080 last November. While the details are still fuzzy, it's hard to imagine Nvidia not releasing a new 7nm architecture (codename Ampere) this year. Will we see it at CES, though? Probably not—Nvidia typically prefers more PC-centric venues for GPU launches, and an April or spring release date seems likely. But with AMD potentially trotting out Navi 2.0, maybe we'll be wrong. Or maybe Nvidia will have some RTX Super laptops instead?

Mostly more of the same for laptops

Nvidia's RTX 20-series and GTX 16-series graphics cards have long found their way into gaming laptops, but don't expect a Super laptop line. Nvidia's Super cards, which were released in July 2019, mostly improved performance by increasing power use, which is at the complete opposite end of the spectrum from its Max-Q designed laptops. If we were to see some RTX Super laptops, expect them to be on the heavy side.

We could still see some new designs from MSI, Asus, Razer, and some of the other usual CES suspects. Anything new with regards to gaming laptops is more likely to focus on the CPUs, however. New AMD Renoir processors and/or graphics cards, or models with Intel Comet Lake CPUs, but no updated Nvidia GPUs. Or maybe Intel will show off its Honeycomb Glacier dual-screen laptop prototype again, which we got some hands-on time with at Computex 2019.

The first DDR4-compatible desktops were Intel's LGA2011-v3 Haswell-E parts, which debuted back in 2014. Those were HEDT (high-end desktop) CPUs, however, paving the way for the mainstream Skylake CPUs to switch to DDR4 about a year later. That means DDR4 support is over five years old, and graphics cards are moving to GDDR6, so when will desktops switch to DDR5?

The JEDEC specifications for DDR5 were officially published in February 2019. For reference, DDR4 final specs were published in 2012, so a two year time lag. That means the first DDR5-enabled desktops are more likely to arrive next year, but 2020 isn't entirely out of the question. Will AMD go for first mover status and adopt DDR5 with Zen 3? Probably not, and Zen 4 in 2021 with a new socket makes more sense. Especially after AMD's experience with being the first (and only) company to adopt first generation HBM for graphics cards.

VR and haptics will continue to bombard your senses

Both VR and haptic gaming accessories made a strong showing at CES last year. VR-wise, there were rollercoasters, shoes, even gaming arenas. HTC introduced its Vive Pro headset with Tobii eye-tracking technology, which gives users a way to control in-game functions, like opening menus, with just their eyes. Oculus also introduced the Quest, a wireless all-in-one gaming headset with built-in storage and processing—no PC or console needed. Haptics also made some strong vibrations last year. We tested a full suite of Razer's conceptual haptic feedback PC peripherals, and while the technology itself was impressive, it felt too invasive for PC gaming.

But that's not stopping the VR and haptic bandwagon from returning this year. Companies like Cybershoes and BHaptic will be on the show floor, giving attendees the chance to experience "walking and running" in VR, or slip into a full-body haptic suit with over 70 feedback points. VR and haptics will be joining forces to create the most immersive gaming experience possible, but other companies like Flexsound will be there to show off augmented audio, which is a fancy way of saying the ability to feel sound. CuteCircuit has appeared at previous conferences with its sound shirt, a wearable piece of clothing that has 30 micro-actuators woven in the fabric. Maybe we will see it again or another company with similar fashion, er, devices?

It's also likely that we'll see more traditional PC gaming peripherals with haptics, too. Razer might show off its haptic accessories again, but look out for companies like Arcadeo and GT Throne, who should be showing off some haptic gaming chairs. Acer could be back with its Predator Thronos, or maybe another company will try to dethrone the throne this year.

Head tracking will take a backseat with gaming headsets

One headset innovation that seemed to take off at CES, only to quietly dissolve not too long after, was head tracking in gaming headsets. Head tracking creates a virtual 360-degree soundstage that automatically adjusts how the audio comes through the speakers based on your head position. If you're looking to your right, most of the sound is going to come through the left earcup. If you are facing away from your monitor, it's going to sound like everything is behind you.

HyperX showed off its Cloud Orbit S at CES last year. Like Razer's prototype line of haptic peripherals, this headset was impressive, but not entirely practical for gaming. It's unlike virtual 7.1 surround sound, or even binaural sound, which mimics the direction of where the sound is coming from in-game regardless if your head is facing your screen or not. If we're going to see more gaming headsets at CES, it seems more likely that we'll see more with surround sound. I'd expect Razer to have its latest Kraken Ultimate gaming headset on display, for instance.

[This list will be updated as we find additional livestreams that are PC gaming related.]