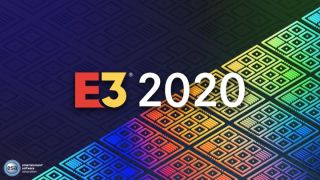 Now that we're firmly in the second month of 2020, this year's E3 doesn't seem all that far off. The E3 2020 website is primed to launch tomorrow, but an inquisitive ResetEra member spotted a link that directs to a site with all the details, including an FAQ and list of participating companies.

Plenty of publishers have already revealed some of their E3 plans, while others, like Sony and Nintendo, will once again not be in attendance. The E3 list is not complete and will keep being updated, so an omission doesn't mean it won't show up later.

Here's what publishers have confirmed they'll be at E3 2020:

Microsoft is one of the biggest names missing from the list, but Phil Spencer confirmed it would be in attendance back in January, saying that 2020 would be a "milestone year" for Team Xbox.

Our team is hard at work on E3, we look forward to sharing with all who love to play what's ahead for us. Our artform has consistently been propelled by the cross-section of creativity and technical progress. 2020 is a milestone year in that journey for Team Xbox. #XboxE3 #E32020January 14, 2020

It'll be interesting to see how it stacks up to last year's E3, which was a smaller, more subdued affair than usual. More developers and publishers have been opting to make their big announcements directly to fans rather than saving them up for E3 in June, while others now host their own events outside of the show. It's also starting to feel increasingly irrelevant when there's a cavalcade of game details rushing towards prospective players all the time. Leaks, endless trailers, betas and early access have all diluted it.

Attendees to this year's event might also be a bit concerned with security. In August, it came to light that the ESA, which organises E3, leaked the personal information of 2,000 industry professionals, which included home phone numbers and addresses.

The leak of the official website isn't quite at the same level—it's all going to be public information tomorrow—but it also suggests that the ESA still isn't very good at keeping details under wraps. To find the link to the WebOps platform that hosts the site, all you need to do is inspect the E3 logo.

Check back tomorrow to see if more publishers appear on the list.