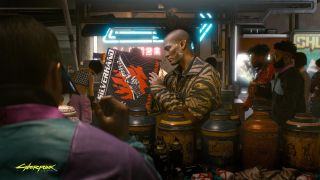 It was a big week for letdowns, but it's not so bad: Game delays happen, and can be for the best. September isn't that far away! We'll just have to wait to play Marvel's Avengers, and there's no use fretting over it.

With that one big disappointment out of the way, here's everything else that happened in PC gaming this week:

Ah, right, there was one more delay this week. Cyberpunk 2077 will no longer release in April, and will instead come out on September 17. The Witcher 3 was also delayed (twice, actually) for similar reasons—to continue testing, fixing, and "polishing"—so this doesn't come as a huge surprise. Meanwhile, the multiplayer component may not be out until 2022.

The Witcher show gets an interactive timeline [Netflix]

Netflix's take on The Witcher is clearly popular: It's caused a huge uptick in The Witcher 3's concurrent player count and has prompted the printing of 500,000 more books. If you aren't paying close attention, though, you might be thrown off by the show's frequent time jumps. And even if not, seeing everything placed in order in the interactive timeline linked above can help put the events in clearer perspective (spoilers if you haven't finished it, though).

If you've seen the show but haven't played the games, James has some suggestions about where to start. We've also got a guide to the Witcher book series.

Skywind releases a big update on moving Morrowind to Skyrim

The fan remake of Morrowind in the Skyrim engine appears to be coming along swimmingly. The latest development video, embedded below, shows off the environment team's impressive progress, some of the custom audio work being done, and provides a status update on the modders' 3D modelling, coding, and testing efforts. The team is looking for extra help in all areas.

Yes, The Ghost of DRM Past is still haunting us. The good news is that Rockstar is "looking at other options for distributing GTA 4."

Epic is putting up the cash needed to supply another 52 free games on the Epic Store this year. At the time of writing, platformer Horace is on offer for free.  On the 23rd, the freebie will swap to puzzle game The Bridge.

DRAM breakthrough puts us one step closer to instant-on PCs

If you've installed Windows on an SSD, it probably doesn't take very long for you to go from pressing your PC's power button to looking at your desktop. Instant booting would be nice, though, and seems like an inevitable development. UK III-V memory puts us a step closer to that future.

Valve is 'absolutely not' making Left 4 Dead 3, for VR or anything else

The rumors simply aren't true, says Valve. But we didn't really think Valve would release a new Half-Life game and a new Left 4 Dead game in one year, did we?

A big focus for us this week was the launch of our new forums, which you can find at forums.pcgamer.com—sign up, drop a cool anime quote in your forum signature (remember those?), and say hello here.

There are already great discussions happening, and we're working on incorporating some of those into the website—see our weekly Q&A threads, as a start. We were also joined this week by developers at Sunless Skies creator Failbetter Games, who've been offering advice on writing weird horror and interactive fiction in our Studio Spotlight section.

Quite a few of us plan to jump into Pokémon-like MMO Temtem next week, which is launching in Early Access. Rachel posted a preview of what to expect, and it's looking promising if, yes, very inspired by Pokémon.

Meanwhile, Chris watched a YouTuber shock himself every time he took damage in Minecraft (not recommended), Fraser wondered if RTS games can come back from the dead, and James contemplated the likelihood of PC releases for Bloodborne and other PlayStation exclusives.

Now here's your PC gaming blessing of the week: May your ShadowPlay capture hotkey always work the first time, and not after installing a GeForce Experience update you didn't know you needed to install.