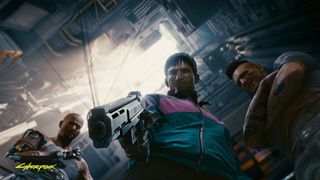 It's not one delay, but two.

CD Projekt Red announced earlier today that its anticipated RPG Cyberpunk 2077 will not make its planned April release, but will instead be out in September. In a followup Q&A session with investors, the studio said that the planned multiplayer component of the game will also be delayed, and probably won't be out until sometime after 2021.

The studio clarified during the call that the second "triple-A" project it was reported to be working on last year is the Cyberpunk multiplayer component, which is being developed in parallel with the singleplayer game. At the time, CD Projekt said that second project remained on track for release sometime in 2021, but that's very unlikely to happen now.

"Given the expected release of Cyberpunk 2077 in September, and the series of events which we expect to occur after that stage, 2021 appears unlikely as a release date for Cyberpunk multiplayer," SVP of business development Michał Nowakowski said during the call. Later on, it's repeated that multiplayer will "probably move out of 2021."

The delay also means that hands-on events planned for this year will also have to be pushed back, which isn't terribly surprising, but the studio said that it will still have a "presence" at E3 and Gamescom this year.

The good news, as far as it goes, is that CD Projekt thinks that the new Cyberpunk 2077 release date is really solid. "We pretty much know where we stand, and which aspects of the game will still require work," Nowakowski said. "We're confident the game will be released on the 17th of September."