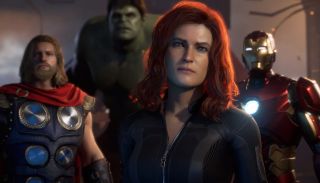 Marvel's Avengers won't be hitting its May release date, instead being pushed back by four months. As is now traditional with delays, Crystal Dynamics says it wants to spend more time on polishing and fine-tuning the game.

Crystal Dynamics made the announcement today, with studios bosses Ron Rosenberg and Scot Amos posting a blog to apologise for the hold up.

"As fans ourselves, it's an honour and a privilege to work with these legendary characters and we know what these Super Heroes mean to us and True Believers around the world. When we set out to bring you our vision for Marvel's Avengers, we committed to delivering an original story-driven campaign, engaging co-op, and compelling content for years to come. To that end, we will spend this additional development time focusing on fine tuning and polishing the game to the high standards our fans expect and deserve."

I'll admit that I'd forgotten all about Avengers launching in May—it's shaping up to be a busy year—so hopefully the extra time will give Crystal Dynamics more opportunities to show why we should still be interested in this tired band of heroes. It's E3 reveal didn't go down very well, though playing it at Gamescom I found it a lot more entertaining than it originally seemed.

"I was disappointed by this demo, then, but it's clearly such a brief slice of what Crystal Dynamics has in the works," Samuel Roberts wrote in his Avengers preview. "I see a perfectly fine action game with high production values, but I'm not sure what would motivate people to play it over a long period of time. In my interview with Amos, though, I'm more encouraged by the long-term vision for the game: More characters, more levels and more story over multiple years, all without any extra charge, which almost sounds too good to be true."