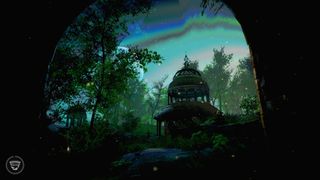 Find all previous editions of the PCG Q&A here. Some highlights:
- What's the best game you ever received as a holiday gift?
- What's your favorite line of dialogue in a game?
- What TV show would you make interactive?

We love a good photo mode, and games like Mad Max, American Truck Simulator, Arkham Knight, and Shadow of Mordor have all benefited from the ability to drop an imaginary camera in them and set up the perfect shot. Modders have done excellent work kludging photo modes into games that didn't ship with them too, like Sekiro and The Division.

But there are still plenty of games out there that make us want to wear our screenshot key down to a nub which don't have photo modes. That's our latest weekend question: What game should have a photo mode but doesn't?

I've only seen Hong Kong during a brief layover, and while I plan to return and explore it properly some day in the meantime the version of it in open-world crime drama Sleeping Dogs is the closest thing I've got. Sleeping Dogs gives you a cameraphone, but you can only use it during certain missions. I'd love a full-featured version so I can pose photos with the guy shouting about pork buns in the market or those hopping vampires from the DLC.

Bonus answer: Vermintide 2 would rule with a photo mode, which I know because somebody modded one in.

Gosh—there are so many games that I could list here, but I'm going to stick to two: Outlast 2 and Eastshade. Both are extremely different games, but the art in both is incredibly evocative. With Outlast 2, I'm a sucker for anything horror with Catholic imagery, and there is a lot of twisted symbolism in that game that could benefit from having an in-game photo mode. It's the stuff nightmares are made from.

Eastshade is at the complete opposite end of the spectrum. It's ethereal and whimsical—and, for a game about capturing the beautiful scenery with a paint brush and a canvas, it only makes sense to have an in-game photo mode. There is one that is built into the game to fulfil objectives, but not one that would allow you to save anything to your PC.

I mean, it basically does if you use tm and tfc console codes to turn off the UI and toggle the freecam, so it might as well just have an official photo mode, maybe with some cool built-in poses for your character and a few sliders and filters. Considering Fallout 76 has a photo mode it probably wouldn’t be that hard to retrofit something similar into Skyrim, but I won’t hold my breath for Bethesda to add one. It’d be nice, though!

Fez is a 2D puzzle platformer, but it's possible to experience the world in 3D first-person perspective thanks to a certain endgame unlock. This fact alone—forgive me—utterly blew my mind when I discovered it. As a kid I'd dreamed of inhabiting 2D game worlds in full 3D: what would the worlds of Jazz Jackrabbit, or Monster Bash, or Jill of the Jungle, or Commander Keen, look like if I could inhabit the perspective of their player-characters?

Fez actually allows you do this. Gazing out into the endless ocean blue of cheerful platformer skyboxes, and onto the nearby 90 degree'd suspended platforms, and over towards other distant should-be 2D vistas... this was all I ever wanted from games in the early '90s. Fez made it real. I doubt Phil Fish and co are keen on retrofitting photo mode into Fez. But the ability to snap the negative space outside of the gameworld lens is all I want from a photo mode.