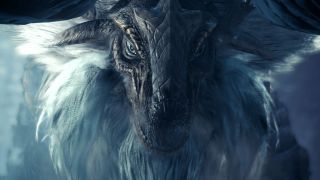 The big highlight in AMD's "optional" Adrenalin 2020 Edition 20.1.1 driver release is improved support for the Monster Hunter World: Iceborne expansion, though there are over two dozen other reasons why Radeon GPU owners should consider grabbing this release.

AMD's recent driver updates have focused heavily on stomping out bugs, and it says this latest driver package fixes 27 issues. Given that AMD recently overhauled its Adrenalin driver platform for 2020 and added some new features, it's not surprising to see so many bugs crawl out of the woodwork—it was a very big update.

Here's the complete list of issues fixed in the Adrenalin 20.1.1 release:

That's quite the expansive list, with fixes for general problems such as freezing issues and high CPU usage, as well as specific bugs such as washed out colors when enabling HDR in Windows and even an overflow issue in the hunt for extraterrestrials via SETI@Home.

Though AMD's driver team managed to obliterate a whole bunch of bugs, there are still a handful of known issues. They include:

The catch with new driver releases is they can sometimes cause problems that are not yet known. As such, some choose to wait a few days after a driver drops to see if there are any complaints.

We have not tested the 20.1.1 driver release, though if you are experiencing one or more of the fixed issues outlined above, a case could be made for throwing caution to the wind and updating.

You can update to the 20.1.1 release through the Adrenalin software, or download the driver here to install it manually. Check out our guide on how to update drivers for tips on best practices.