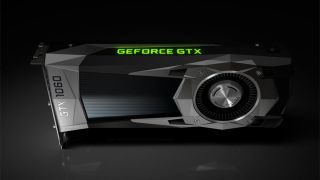 With the RTX 2080 Super launching and the RTX 2060 and 2070 already out in the wild (as well as the 5000-series on AMD's side), it's an excellent time to be looking for the best Nvidia GTX 1060 deals. This is card that's very frequently on sale anyway, and as the stack gets shaken up by these new launches, prices will continue to fluctuate (and likely in a downward direction for the 1060).

We're already seeing some solid discounts at major retailers. There's an EVGA OEM 1060 at Walmart right now that's sunk down to $230, and I expect that trend will likely continue as the market expands to accommodate the new GPUs on the PC block. We'll track the best deals here as they happen, so watch this space if you're not finding exactly what you want right now.

MSI has come out swinging with its GTX 1060 Gaming X in terms of performance and price balance. In OC Mode, it has a core clock speed of 1594MHz, and a boost clock speed of 1809MHz. You also get a slightly boosted 8100MHz memory speed for under $300. Plus it has one of MSI's crazy coolers to make sure there's no overheating going on under the hood.

As usual, Asus has a fair few options available. The ROG Strix GTX 1060 O6G Gaming has a good overclock on it, with 1620 / 1847MHz base / boost clock speeds. Plus the memory is up at 8200MHz. The stock speed model of the same card is available for cheaper, but not that much, and you won't get as much performance out of it.

Zotac's offerings for the GTX 1060 don't go for the huge overclocks like some of the other companies on this list do, and because of this you can often find them for quite a bit cheaper. The X-Gaming model is powered by just a single 8-pin connector, and has a modest overclock to 1569 / 1784MHz base / boost clock speeds.

EVGA always offer good quality options for GTX cards, but just make sure you had the latest VBIOS updates if you want to avoid overheating on its ACX 3.0 cards. If you're getting a new one, you should have nothing to worry about. The biggest overclock can be found on the FTW+ Gaming ACX 3.0, with a base / boost clock speed of 1632 / 1860MHz. It draws a lot of power though at 150W.

Gigabyte has a fancy two fan cooling system with the fans spinning in opposite directions. Plus, the manufacturer says its "3D stripe curve" design on the fans enhance airflow by 23 percent over normal fans. The GTX 1060 Windforce OC 6G is overclocked to 1582 / 1797MHz base / boost clock speed in OC mode. Not outrageous specifications, but good for the price.

Palit has a number of options available, all with a two fan cooling design and custom PCBs. The GTX 1060 Super JetStream is the company's monster card, with an overclock of 1620MHz base clock speed, and 1847MHz boost clock speed. The memory speed has been left alone though. The card also has some fancy LED lighting which changes color to indicate how hot it's getting.

Inno3D's massive GTX 1060 iChill X3 is 302mm long, takes up 2.5 PCIe slots, and has three fans keeping everything cool. It's a crazy cooler, but doesn't actually cost that much more than regular cards. For the money you're getting a boost clock speed of 1785MHz, and the memory is running at 8208MHz too.

Gainward has a whole bunch of GTX 1060s available, and you'll get the highest performance out of the Phoenix cards. With a base / boost clock speed of 1620 / 1847MHz, it's up there with some of the most powerful cards on this list. It's a 2.5 slot card, but not hugely long at 248mm.

GALAX also has a wide array of custom GTX 1060 graphics cards available. Ranging from reference specs up to the Ashes General card which has a base / boost clock speed of 1556 / 1771MHz, there's something for most people. It's a shame there's not a higher overclock on any of these cards, but it means you get reasonable prices.