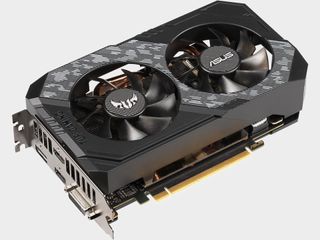 Deals on GPUs are typically few and far between, but today you can grab an ASUS TUF RTX 2060 for $300 ($70 off). Just use code VGASAV39DA to save $50 instantly at checkout and the mail-in rebate to save an extra $20. This compact, double-fan design is perfect for small form factor builds and is no slouch when it comes to performance either.

By using Nvidia's Turing architecture and making full use of technology like ray tracing and DLSS, the RTX 2060 can punch well above its weight when it comes to performance, handling 1440p with ease and even pushing into the realm of 4K, so long as it has one of the best gaming CPUs to support it. In fact, you can see this tech on full display with the complimentary copy of Call of Duty: Modern Warfare that's currently being packaged with all of Nvidia's 20-series of GPUs.

The release of the "Super" versions of Nvidia's 20-series GPUs has caused a substantial price drop to their older siblings. When the Super 2060 originally hit the market, the improved performance more than outweighed the increased price point. However, opting for its older version turns into a far more convincing argument the wider the price gap becomes. The 2060 Super still remains one of the best graphics cards for gaming, boasting overall better performance, but either will serve just as well in nearly any high-end gaming PC.

While we won't see some of the best deals until Black Friday, this is still an excellent value in the current GPU market, especially for those migrating from the older GTX series.