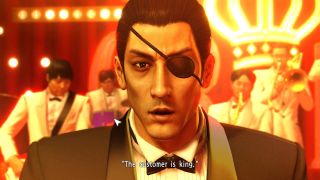 SEGA has re-launched Patch 1 for its PC port of Yakuza 0, after having rolled it back due to complaints from some users about further issues caused.

The update, which initially launched last week, primarily targeted a bunch of crash issues in the game, primarily crashes during launch and in several cutscenes. But the patch itself caused problems for players who previously were not experiencing any. In response, SEGA apologised for the disruption, and removed the update while they investigated.

Yesterday, the patch re-emerged. In an announcement on Steam titled “THE PATCH IS BACK.” SEGA thanked everyone who provided feedback on the beta branch version. “Your continued patience and support have been greatly appreciated. We’re continuing to work on the other issues some of you are experiencing and will have more information for you soon.”

The full list of fixes is below. Hopefully this time the patch will stick, although some users are still reporting crash issues in the comments.