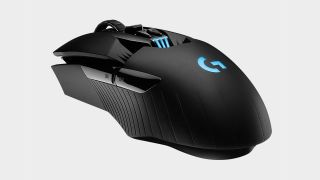 One of our long-standing picks for one of the best wireless gaming mice is now available for half price at best buy. The G903 Lightspeed wireless is available at Bestbuy for $79.99 ($70 off). This amazing wireless mouse sports Logitech's Lightspeed wireless technology, giving it a report rate of 1ms via the included wireless receiver. The G903 has some of the most extensive customization options of any gaming mouse available, with a total of 11 programmable buttons, adjustable weights and the ability to rearrange buttons to make it completely ambidextrous.

While this version doesn't use Logitech's 16K DPI Hero sensor, it does have support for Logitech's Powerplay wireless functionality. If you end up investing in the Powerplay mat, just slot in the wireless charging module where the weights would normally go and you'll have constant, uninterrupted charging for your mouse as long as it remains on the pad. However, the G903 can still remain functioning for up to 24 hours without needing to recharge.

Logitech G903 Lightspeed | $79.99 at Amazon ($70 off)
A 12,000 DPI sensor customizable button layouts and an ambidextrous form factor make the G903 one of Logitech's best wireless mice for gamers.

Metrics geeks might scoff at the slightly lower DPI numbers, but frankly, unless you're performing at the upper echelons of competitive play, you won't need it. This slightly older version of the G903 still packs Lightspeed wireless and extensive customization options into a small package. For a look at our favorite tethered mice, make sure to check our guide to the best gaming mice.