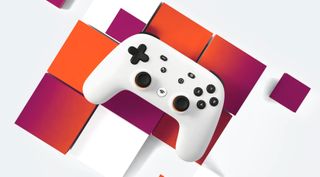 Remember Stadia? It launched in November 2019 in not-quite-stellar shape, bought a studio, added achievements, and then, well, that's pretty much it. It wasn't the most auspicious start to a potentially revolutionary new gaming technology, but bigger things are planned for 2020, including a significant expansion of its game library.

"Looking at our upcoming lineup, we are tracking more than 120 games coming to Stadia in 2020, and are targeting more than ten games in the first half of this year alone that will be only available on Stadia when they launch," the Stadia team said in an update posted today. "We’re working with our partners to share more on those games soon."

Other new features planned for the first quarter of 2020 including support for 4K gaming on the web (4K/HDR streaming is currently only available on the Chromecast Ultra, however), expanded Google Assistant functionality while playing on the web (also not currently available on PC, sorry), support for additional Android phones, and wireless gameplay through the web via the Stadia controller.

Words like "tracking" and "targeting" don't necessarily inspire great confidence, although it's reasonable to exercise some caution given the possibility of delays of even major projects like, say, Cyberpunk 2077. I think it's more interesting, though, that Google would just dump news of ten upcoming Stadia exclusives in the middle of a rather bland update, with zero fanfare, titles, or anything else in the way of actual information except that, based on the "only available on Stadia when they launch" bit, they'll presumably be timed exclusives rather than permanent. But it's a weird way to dump what should be a fairly big announcement of exclusive releases, right?

"There is a lot more in store for this year. In the meantime, we hope gamers are gearing up for some great new games and experiences," Google said. "Toward the end of this month, we will share more about the games coming to Stadia Pro in February."