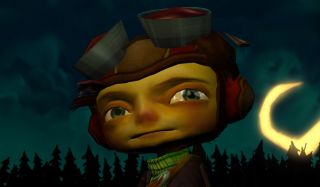 It is now official: Psychonauts 2 is happening. The crowdfunding campaign on Fig crossed the $3.3 million mark this afternoon, with five days left to run.

Interestingly, support for the campaign is split almost 50/50 between conventional “reward” backers, at $1.613 million, and investors, at $1.698 million. The ability to invest in games, and thus (hopefully) make money from them, is the big selling point of Fig, the games-exclusive crowdfunding platform that was founded in August, and whose advisory board includes Psychonauts mastermind Tim Schafer.

I think it's interesting that in terms of regular backers, Psychonauts 2 is still a long way off the big Kickstarter success stories, including the one that started it all, the Double Fine Adventure, which broke $1.6 million in less than four days. There's still plenty of time for Psychonauts 2 to ring up another million or three, but I can't help wondering if something deeper is being reflected in that number, be it a lack of comfort with the still-unfamiliar Fig system, a general sense of malaise around crowdfunding, or something else entirely.

Or maybe I'm reading too much into it. The important thing is, it's happening! Psychonauts 2. The Fig campaign runs until January 11, and Double Fine said in a message that further funds raised “will go into making the game better, bigger, and shinier.” Find out more at Psychonauts.com.