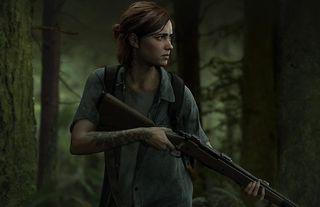 Is The Last of Us Part 2 coming to PC? Sony hasn't said anything official yet, but recent job postings do hint that Naughty Dog is looking into it. That's the only piece of hard evidence, but there are plenty of reasons why The Last of Us on PC would make sense for Sony. With Microsoft winning hearts and minds embracing the PC alongside Xbox, Sony would be wise to follow suit with the PS5.

With more rumors of PS4 exclusives getting PC ports popping up on the regular, it's hard to believe this is all a coincidence. The pieces are all lining up, but for now, it's just a rumor. Here's everything we know so far about the possible Last of Us Part 2 PC version.

The main evidence pointing at The Last of Us Part 2 on PC is this Naughty Dog job posting. Naughty Dog is looking for a graphics programmer with a "thorough understanding of current GPU architectures," including AMD and Nvidia. The interesting bit there is the inclusion of Nvidia.

The PS4 runs on a custom AMD GPU (as will the PS5), so it's suspicious to be seeking experience with hardware that has nothing to do with PlayStation. On top of that, the post asks for experience with "DirectX12, Vulkan or other modern graphics or compute APIs" and "console or PC programming experience."

Taken at face value, it sounds like Naughty Dog wants The Last of Us Part 2 to be compatible with a variety of hardware. That simply doesn't line up with the game being exclusive to the PS4 or even ported to the PS5.

Rumors of PC versions for Sony games go a lot deeper than just The Last of Us Part 2, especially as of late. In January, Kotaku reported that (according to three anonymous sources) Horizon: Zero Dawn is coming to PC. Media Molecule has spoken on several occasions about its plans to bring its open-ended creation tool, Dreams, to PC someday.

In December, Sony itself announced plans to bring MLB: The Show to multiple platforms as early as 2021. This may be a special deal struck to keep the MLB license in Sony's hands, but it shows at least some willingness for the company to branch out.

If we look closely, we might even see a few ways that Sony has already taken baby steps towards the PC. In 2019, Sony finally caved on crossplay and is now officially supporting the technology. Today, you can play games like Minecraft, Fortnite, Rocket League, and Call of Duty: Modern Warfare together across the PS4 and PC (along with Xbox and Switch, too). Game streaming subscription service PlayStation Now has an official PC client, effectively making the service's entire library playable on PC.

Sony hasn't made any official comment about the Naughty Dog job posting. That's business as usual: the company has a history of not commenting on rumors. If its real, we likely won't hear about The Last of Us Part 2 on PC until Sony is good and ready. Hopefully, that day is closer than we think.

A proper reveal event for the PlayStation 5 is expected sometime in February. That'd be a great time to say more about Sony's relationship with the PC going into the next generation.