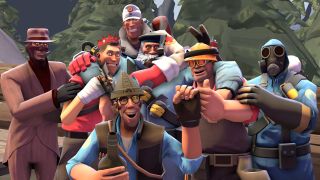 2010 may as well have been a lifetime ago. Indie games were just starting to arrive on PC, Minecraft was barely an alpha, and it was still a little weird to build a new computer without a disc drive. As we close out 2019, we've been reflecting on the past decade in PC gaming and the trends, good and bad, that have defined it.

Those stories are all bundled up conveniently below. Join us for a look back at the impact of individual games like DayZ, genres that blossomed, like turn-based tactics, and all the times people said the PC was dying while it continued to truck along just fine. Here's to another decade of editorials we can chuckle at in 2029.

What PC gaming was like in 2009 — James Davenport looks at every aspect of PC gaming in 2009: the technology, the cost, the style, the most popular games, the problems and the parties. Ahh, the Digg days.

Horse armor won — Tom Senior looks back at Oblivion's horse armor, and how what was a joke in 2006 came to define the economics of games in the 2010s.

This was the decade that open worlds finally opened up — Andy Kelly highlights the ways technology changed open world games year after year.

Narrative choice is one of the most misunderstood promises of the decade — Malindy Hetfeld writes about Telltale's influence on what we expect from branching stories.

This was the decade that sex in games became personal — Emily Marlow explores how personal stories from indie developers have told genuine stories about sex and romance.

The 13 times PC gaming died this decade — How many times this decade did the iPhone or consoles kill PCs? A lot, apparently! (Sent from my PC)

Turn-based tactics won the decade — Fraser Brown reminds us that XCOM is extremely good, and that its success inspired other tactics games that did their own thing.

This is the decade where exploration did the talking — Rachel Watts traces a path from Dear Esther through the games that have made exploring as important as words.

The 69 biggest, weirdest moments of the decade in PC gaming — Nice. (Seriously, there was so much to cover).

The missed opportunities of the decade — Rick Lane charts the decade's failures and cancellations, as well as the games that just weren't as influential as they deserved to be.

Custom servers aren't dead, but this decade put them on life support — Phil Savage reminds us that a once essential part of PC gaming has largely disappeared.

How battle royale changed the last decade of games (and the next one) — Chris Livingston traces the huge impact of the battle royale, before and after PUBG.

What people in 2010 thought gaming would be like in 2020 — Tyler Wilde takes an amusing look back at all of 2010's silly predictions. Remember Kinect?

How DayZ spawned a new genre: the unfinished survival game — Chris reflects on the early days of DayZ, and the ripples it made.

What's the best level of the decade? — We pick a few of our favorite places. What's yours?