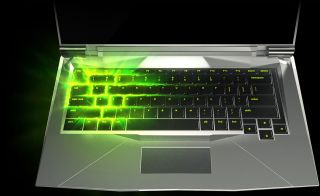 Nvidia has begun pushing out a new GeForce "Game Ready" driver (WHQL 442.19) for its graphics cards. With it comes a much wider range for the recently introduced framerate limiter.

"With the latest Game Ready driver, we've incorporated community feedback asking for the limits to be extended. As a result, framerate limits can be as low as 20fps and can be raised as high as 1000fps," Nvidia explains.

Some games already allow this sort of thing, but Nvidia's implementation is a system-wide setting for 3D applications. One of the main potential benefits is extended battery life when playing games on laptops. Let's say your laptop's display has a 60Hz refresh rate.  Capping framerates at 60fps can prevent the GPU from pushing harder than it needs to.

This can also be used to stay within your display's variable refresh rate range, be it a laptop or a desktop system, and reduce system latency.

"Enable Max Frame Rate and set your power management mode to 'Prefer maximum performance' to reduce latency. While in this mode, the GPU is kept at higher frequencies to process frames as quickly as possible. To maximize latency reduction in GPU bound scenarios where FPS is consistent, set Max Frame Rate to a framerate slightly below the average FPS and turn Low Latency Mode to Ultra," Nvidia explains.

You can find the 'Max Frame Rate' setting in the Nvidia Control Panel, within the 'Manage 3D settings' section. It's turned off by default. If you have not yet updated to the 442.19 driver release and are running the previous version, the slider goes from 40fps to 240fps.

In addition to a more flexible framerate cap, the 442.19 driver is optimized for Zombie Army 4: Dead War, Metro Exodus: Sam's Story, and Apex Legends: Season 4. It also adds a few more G-Sync Compatible displays to the mix, those being the Asus VG259QM, Dell AW2521HF, and LG 34GN850.

On top of it all, there is the usual round of bug fixes. Here they are:

You can download the latest driver through the GeForce Experience utility, or follow this link to grab and install it manually. Also be sure to check out our guide on how to update drivers for tips on best practices.