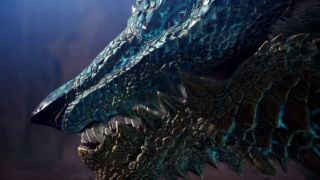 What's the deal with the MHW: Iceborne Guiding Lands? With Iceborne, Capcom added loads to Monster Hunter World; from new monsters and weapon combos to Master Rank and the magnificent Hoarfrost Reach, the expansion builds on what fans love about the base game.

The true carrot on the stick of any Monster Hunter experience, though, is that sweet, sweet endgame grind. The gameplay loop of hunt, craft, hunt that begets new weapons and armor is core to the Monster Hunter experience, and Iceborne has focused this in the form of the Iceborne Guiding Lands, an entirely new locale dedicated to farming rare materials. So, here's more on the endgame area, and some tips for getting the most from it.

Iceborne Guiding Lands: what do you do?

Introduced to players after completing Iceborne’s story, the Guiding Lands is an enormous mash-up of Monster Hunter World’s four base locales. There are areas reminiscent of the Ancient Forest, Wildspire Wase, Coral Highlands, and Rotten Vale, each with their own appropriate biome.

Every monster except Elder Dragons (for now, at least) is capable of popping up in the Guiding Lands, and they tend to drop items only found there. Also, gathering nodes like mining outcrops and bonepiles yield materials unique to this spot. Their output has a level—there’s a progress bar and everything—meaning the more you gather from them, the better the yield will be.

When you first enter the Guiding Lands, you’ll mostly find beginner beasts like the Great Jagras, Barroth, Pukei-Pukei, and such. That’s because, in many ways, the Guiding Lands mirrors the progression of Monster Hunter World’s story: tougher monsters are unlocking the more you play.

This is based on a special Guiding Lands levelling system. Each biome contains its own level, with that level increasing the more you spend time there. Want to see some of the tougher monsters from the Ancient Forest show up? Take some time to explore that part of the Guiding Lands and investigate monster tracks—that'll net you precious research points. Those points are the main source of progression in each biome; the more you collect, the higher that area's level becomes. Collect enough and soon you’ll be taking on Rathian, Rathalos, Nargacuga and more.

However, neglecting areas has a negative impact on its level. There’s a fine balancing act at play here, so be sure to spread your attention. Levelling up a biome has the potential to reveal surprise monsters, like the Gold Rathian that pops up once the Wildspire Region hits level 6. Also, the Guiding Lands is the only place to find late-game monsters such as Yian Garuga and Zinogre. Then there’s a scarred variant of Yian Garuga, a Silver Rathalos, a Brute Tigrex, and a new version of Nergigante that shows up when your Master Rank hits level 99. That, and the rewards these fights bestow, make grinding the Guiding Lands worth your time.

The Guiding Lands also gives you the chance to augment your Master Rank weapons. As in the core Monster Hunter World experience, only fully-upgraded weapons can be augmented. The cost to augment them includes materials found only in the Guiding Lands. For example, upgrading a level 12 rarity weapon with an attack augmentation requires a handful of Bloodstained Ebonhides, a crafting material that only drops off of the Savage Devil’jho. This beast—yeah, you guessed it—only shows up in the Guiding Lands.

Here you can also lure out specific monsters, which is handy if you’re eyeing that sweet Yian Garuga lance and you’re lacking the last Fancy Beak needed to complete the build. To summon specific monsters, you first need to find 'signs of a turf war' somewhere in the Guiding Lands—it’s a research gathering node that tasks you with investigating clues and hunting other monsters. As you level up your investigation, you’ll be able to choose what monsters show up in the Guiding Lands through the Handler. These summons are a form of consumable resource, so be sure you’re ready to take on the hunt before you talk to them.