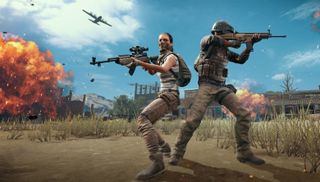 Playerunknown's Battlegrounds is no stranger to regular updates (you can keep up with the patch notes on our PUBG updates page) and an upcoming one may add a clan system to the game.

A frequent dataminer known as PlayerIGN who previously predicted the PUBG Global Championship skins has returned with more datamined information and some leaked images. According to the images PlayerIGN tweeted out listing the information gathered, clans will be able to have a title, slogan, and a max number of 20 members.

If you're curious, here's the rest of the character limit and more detailed information that PlayerIGN posted:

Clans will also be able to receive resumes from recruits, though whether those will be custom-created in some way by players or just an automatic form with their name and stats we don't know.

PUBG added a clan system to the mobile version of the game back in July of 2018 so it doesn't come as a huge surprise that this update might make its way to PC. The bigger question is when this supposed feature might make it into an update.