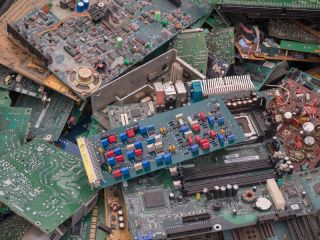 With the Black Friday deals coming up in November, you can expect 2019 to be the largest year ever for gear shopping. If you’re going to be picking up a bunch of new games this holiday season, you want to make sure your PC can actually run them. If you want to be running everything on the highest graphical quality, you might need to upgrade in a few places. Good PC components aren’t cheap though, and even with the deals on you still might not want to hand over that much cash. However, if you could get some extra money by selling your old stuff, then the deals could become that much more enticing. Here’s how you can sell your old stuff for the most money before Black Friday begins.

First of all, you’ll need to decide what to sell. If you’re looking to get a whole new computer for gaming, it’s entirely possible to sell your old one off for a good chunk of cash. However, depending on how old the hardware inside it is, this might not be the best idea. No one wants a graphics card from 2009 and 4GB of RAM, and even if they did, they’re not going to give you much money for it. If you know some of your PC parts are relics from an ancient time, you can still get money for the more modern stuff you may have put in in recent years. Your old Sandy Bridge CPU is probably destined to gather dust for eternity, but maybe that Nvidia GeForce GTX 1050 Ti graphics card you added a couple of years ago could get you some money. Strip it out, stick it up online, and put that money towards the RTX 2080 you’ve wanted since the day it came out.

Probably the first thing you think of when you want to sell things that aren’t needed any more is eBay. It’s simple enough to set up an account if you don’t have one already, and the site has plenty of guides telling you how to make the most of your items. You’ll want to do some research before putting your stuff up for sale though. You might want $250 for that used GTX 1050 Ti, but you’re probably not going to get it. See what price other people are listing their items in similar condition to yours for, and it should give you an idea. You’ll also want to keep an eye on the categories their listing is under, as selecting the proper ones will help people find your stuff easier. An easy way to know what the going price is for the gear you want to sell is to search eBay for recently ended auctions.

Next you’ll want to weigh and measure whatever you’re selling so you know roughly how much postage will cost, as you’ll need to factor that into your listing. You can also set an option for people to come and collect the item directly, but you probably won’t get as many potential buyers doing that. Next up is pictures. Don’t settle for a rushed, blurry photo. People want to see what they’re getting to make sure it’s not broken, and are more likely to look at your item if it’s nicely in focus and centered in the frame. Then you’ll need to actually create your listing. You can set a fixed price that people can actually buy your item for, or go for the auction style, where people will bid until the length of time you set is over. Be prepared to answer questions from potential buyers, and when you eventually do sell your item, communicate with the person to sort out delivery or collection. If you’re sending it through the mail, wrap it up with plenty of protection, as no one wants a motherboard that’s been broken in half in transit. Plus, it’ll hurt your future chances of selling anything on eBay as you’re certain to be left some nasty feedback which everyone else can see.

eBay isn’t the only way to sell items though. You can setup your own Amazon Marketplace page and sell items direct from there. Unlike eBay, there’s no auction button, so you’ll have to make sure you’re setting a minimum price you’re comfortable with getting for your item, while still remaining competitive with other options on the market. When people go searching for a particular component on Amazon, the New and Used link on the product page will bring them to a list of sellers like you. To actually sell an item, you can go to the Marketplace and set everything up, or you can actually hit the “Sell Yours Here” button on an item’s product page. You’ll want to follow the same selling tips as with eBay. Do some research, take a few good pictures, answer questions promptly, and once your item’s sold, dispatch it quickly.

When it comes to selling used items, there’s an app for that—as long as you live in the United States. Letgo is an app designed to sell your old stuff to people nearby. It uses geolocation to show your things to people near where you are, and they can simply come and pick it up shortly after. Instead of emails and phone calls to arrange a pick up time, there’s a simple instant chat feature. Plus, it doesn’t take a cut of the profit from you like some mobile selling apps do. Of course, you have to live in a supported area, and people nearby will have to actually want your old stuff. If you live out in the sticks, or if you just can’t find any buyers, try expanding your search area with one of the other options in this article.

If none of those choices take your fancy, then Craigslist is another option. On the site’s main page, simply select the region you’re in and click the “post to classifieds” button. Then click the “for sale” option, and you can narrow your listing down by specific categories. You enter the posting title, a price, a description, images and your email address for arranging payment and delivery. Follow the same posting principles as with eBay and Amazon, but bear in mind this is a lot less formal and less official.

Once you’ve got that little bit of extra cash, keep an eye on those Black Friday deals. When your wallet’s a little heavier you’ll feel a lot more justified buying that new SSD to make your games load quicker.