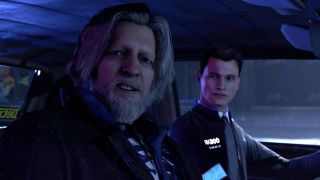 Detroit: Become Human, a tale of lifelike androids with alarmingly precarious Laws of Robotics programming, was released for the PlayStation 4 in May 2018 but won't be playable on PC until December 12. Courtesy of developer Quantic Dream's Twitter feed, this is what you'll need to play it.

Quantic Dream said that "further specs" will be provided after the game goes live.

Detroit: Become Human is available for pre-purchase on the Epic Games Store, where it will be exclusive for for a year. Quantic Dream also confirmed that a demo will be released when the full game goes live.