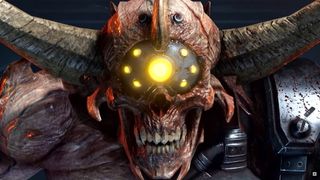 As 2019 comes to a close we'll be looking back at the year's best games (and looking ahead to the new PC games of 2020) but it's also worth sparing a moment for the games of 2019 that never actually arrived. There are some big games that for one reason or another didn't make it out this year.

While it can feel disappointing to have to wait a while longer for a game you're excited for, most fans understand just how much work is involved in finishing and releasing a game, and the response to delays is often a supportive one. Here are the games that were originally planned for 2019 but were pushed back to next year, along with the reasons why.

The sequel to our 2013 Game of the Year was announced in 2017. We got our first look at a bit Spelunky 2's moon-based gameplay last year, along with a target for its release: 2019. But developer Derek Yu tweeted in August that it probably wasn't going to happen. "Development is still going well and we're not far off target, but the density and detail of the game is demanding more time." That's not bad news—more density and more detail is what we all want and we're happy to wait a bit longer for it. Yu didn't specify that Spelunky 2 would be out in 2020, but we're hopeful to see it next year. Or, frankly, whenever it's ready. We don't mind waiting.

We actually played a bit of Ubisoft's multiplayer pirate game Skull & Bones back in 2017 when it was announced, but it's been delayed a couple of times since then, first moving its launch window from 2018 to 2019, and then once again to April 2020 at the earliest. Several other Ubi games planned for 2020, like Watch Dogs Legion and Rainbow Six Quarantine, have been nudged a bit further into the future as well after the disappointing reception to Ghost Recon Breakpoint. No worries, though. In the meantime, we can keep our pirate desires sated in Sea of Thieves.

The disappointing end of Runic Games was happily not the end of Torchlight. Perfect World Entertainment and Echtra Games have been working on Torchlight Frontiers, a shared world action RPG. While it was planned for 2019, we learned recently it's being held back until 2020. "It's plugging along and it's getting better every day. And we're really excited about it," said Echtra Games founder Max Schaefer.

This was a big one. Roughly two months before Doom Eternal's planned release in November, we learned it was being moved into 2020, where it's now scheduled for March 20. The reason? It needed more time to "live up to our standards of speed and polish," according to a press release from id Software. Fair enough. We're told Doom Eternal's Invasion mode will also appear after its launch as a free update.

Double Fine being acquired by Microsoft was big news earlier this year, and it came with a shift in the studio's existing plans: the release of Psychonauts 2 was being moved from 2019 to 2020. "We know it’s always disappointing when you have to wait a bit longer, but we also know that you are an amazing, supportive bunch, who—just like us—want the game to be as good as possible," reads an update on Double Fine's devblog.

The addition of human NPCs, companions, and branching dialogue options to Fallout 76 was encouraging when we heard it during 2019's E3. While the free expansion was aiming for a release sometime near the end of this year, it's now scheduled for early 2020. "We’re excited about how Wastelanders is coming together but it’s going to need more time to be the best, most polished update it can be, so we are delaying its release to Q1 next year," Bethesda said in October.

Conan Chop Chop began as an April Fool's joke, but as sometimes happens it just looked too darn good not to be an actual game. A few months later, Funcom announced that the hack-and-slash roguelike was a real thing at the PC Gaming Show, and due in September 2019. But a delay into 2020 is to give the dev team time to add multiplayer, which seems like a major thing to not initially include in a game in this genre.

We first heard about The Settlers at 2018's Gamescom, and an autumn 2019 release window was planned for the newest entry in the long-running series. Ubisoft announced in August that The Settlers was being nudged into 2020, however, but coupled the disappointing news with more details about the game's features, which include campaign mode, skirmish, and multiplayer in either PvP or PvE, along with several different paths to victory.

Swery's "daily life simulator" The Good Life, which is being developed with White Owl Studios, was originally scheduled for a release in late 2019, but in July we discovered it was being moved to spring 2020. "It's a very important, heavy decision, but we made it believing that it's the happiest decision for all the people who are going to eventually play it," Swery wrote. "Therefore, we humbly ask that you wait a little bit longer for The Good Life to reach your hands."

There's just something awesome about the idea of getting into a giant spaceship with over a dozen of your friends, and Elite Dangerous's Fleet Carriers update will introduce these massive ships that are so big they can carry other ships inside it. It was originally planned for December 2019, but has been moved back until next year after Frontier decided to use the extra time to focus more on fixing bugs and other issues with the base game. The delay "will also ensure the state of the game is in a better position to introduce Fleet Carriers, that will provide Commanders even more opportunities to interact with the Milky Way."

Ambitious nomadic survival MMO Last Oasis was aiming for an Early Access release in the summer of 2019, which later slipped to October. Developer Donkey Crew has moved it once again, now to early 2020, after some feedback from beta testers. "We thought that a month would have been sufficient to achieve a flawless Early Access survival experience," the devs explained in September. "That is not the case, and releasing Last Oasis at its current status would just disappoint your expectations, and no one wants that."

XIII is a cult classic FPS from way back in 2003 (based on a comic from the 1980s) and it's rather bizarre. We honestly never would have guessed the cel-shaded shooter starring David Duchovny and Adam West would get a remake. The plan was for the XIII (...II?) to launch in November, but now it's aimed at 2020. "We are thrilled with PlayMagic’s work so far. This additional development time is needed to reach the level of polish we’re aiming for," the publisher's head of production Francois Coulon said in August.

Announced in 2018, the expansion for Cuphead will bring along a new island, a new playable character, and other new weapons and charms, but when the teaser trailer arrived in July it came with a release date of 2020, not 2019 as was expected. "We want to be absolutely certain that this next adventure feels at home in the world of Cuphead and is full of moments that surprise and delight players," said Studio MDHR co-director Chad Moldenhauer.

Okay, it's a film and not a game, but how can I resist? After the internet got a look at the horror of live-action CGI Sonic's upsetting face and skinny body, the studio took the time to redesign the iconic hedgehog which pushed the film's release date from November 2019 to February 2020. Will all those months of hard work still result in the inevitable 23% on Rotten Tomatoes? Probably! But at least Sonic will look cute instead of disturbing.