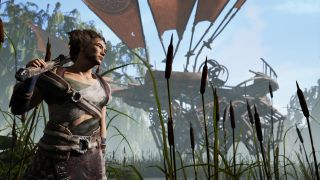 Last Oasis, the nomadic survival MMO, sure promises a lot. A dynamic world, EVE-inspired trading, giant walking land-ships—it's an exciting prospect, but unfortunately one we'll have to wait a bit longer to experience for ourselves.

Originally due to launch in Early Access this summer, it was first pushed back until October. Lamentably, that hasn't been enough, so Donkey Crew is postponing it again, this time for quite a bit longer. It's now expected to appear in early 2020.

"After collecting lots of feedback from our beta testers, we came to the conclusion that Last Oasis has not yet reached the level of quality we want to offer to you," the update reads. "We thought that a month would have been sufficient to achieve a flawless Early Access survival experience. That is not the case, and releasing Last Oasis at its current status would just disappoint your expectations, and no one wants that."

Between now and launch, Donkey Crew aims to add more of everything to the MMO, from new mechanics to more end-game activities for both PvE and PvP players, along with improvements to the features that are already in place. In the meantime, you can watch a new trailer.

As exciting as smashing walking ships into each other sounds, I'm happy to wait for something a bit more fleshed out. It's not as if there's a dearth of games coming in October already.

Donkey Crew will announce the release date with it's "200%" confident it can follow through.