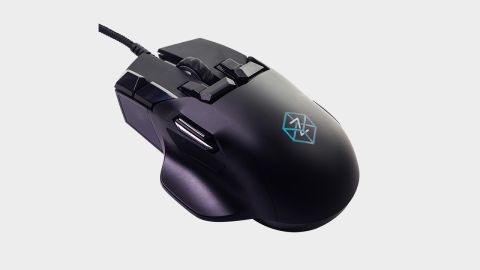 The Z is a mouse that's bristling with great ideas; unfortunately, the execution of those ideas is often stunted, but the price tag reflects them nevertheless.

The Swiftpoint Z feels like a cautionary tale about ambition. That's not to imply that it's a bad mouse; far from it, it performs as well as you'd expect from a high end pointer and ticks most of the boxes you'd expect. The problem comes in with all the other boxes it ticks, and how much Swiftpoint expects you to pay as a result.

Let's tackle the elephant in the room first. As of this writing, the Z is retailing on Swiftpoint's digital storefront for $229. Contrast that with the options in our best gaming mouse roundup, fantastic mice the majority of which can be had for between $40 and $70 (the most expensive is currently $149.38, while the cheapest is a mere $26.58). A high price point alone isn't a deal breaker. I'm happy to recommend an expensive product as long as it justifies that expense. It's about value, not price alone, and that's where the Z stumbles.

This is a mouse bristling with features. It's loaded with 11 fully configurable buttons, and for the most part they're arrayed intelligently around the device. The recessed main buttons may seem like a strange choice at first, and they do take the slightest bit of getting used to, but true to Swiftpoint's claim they support a natural resting position for your hand. Behind those two main buttons and the decent if slightly loose scroll wheel sit fully four more buttons, the rear two of which (which Swiftpoint calls the triggers) can be pushed down or pulled back towards you for even more control options. Then there are two excellent thumb buttons—normally I'd be leery of accidentally pushing the wrong one with the way they're situated on top of each other, but the higher button juts out just enough to make it easy to distinguish from its partner.

And that's just the tip of the iceberg. There's another pair of buttons on the front left of the mouse which are a little awkward to push (you sort of have to torque your index finger over and push down on the ridges on the tops of the buttons), and then there's the headlining tilt control.

The Z packs a gyroscope that allows it to read the position and tilt of the mouse and to tell when it's being pivoted, and all of these motions can be programmed to serve as inputs. There's even 'deep click' functionality, meaning the mouse can tell how hard you're pushing down on the main, scroll wheel, and fingertip buttons (the ones right behind the mains) to provide another set of potential inputs. For such a small device, it is festooned with ways to send input signals to your PC.

The problem, really, is that there are too many inputs. Take the fingertip buttons, for instance. By default they're just tiny depressions that you'd have to awkwardly crook your fingers to push. Instead, you can slot in larger buttons, but even the smaller option is too protuberant, so you're always in danger of pressing it by accident when you're trying to push the main left and right buttons. The trigger buttons don't suffer from the same issue, but they are so far back on the chassis that they're a pain to reach.

The tilt controls suffer from a similar issue; it's nice to have the option of tilting your mouse to toggle through DPI settings, for instance, but I found myself accidentally actuating that functionality just sliding the mouse around my pad. You can modify the mouse with add-ons to lock out the tilt function, which I ended up doing, but then it's another unused feature for which you're paying a hefty premium. There's also a tiny LED screen on the left panel of the mouse which surely adds to the price bloat but doesn't provide much in the way of function or value.

Stripped down to its basest configuration, the Z is a perfectly adequate gaming mouse driven by a solid 12,000 DPI, Pixart PMW3360 sensor. It sits comfortably in your hand and provides all the basic functionality you expect. The problem is with all the additional layers Swiftpoint has heaped onto that strong foundation and, more critically, all the additional dollars they expect to command as a result.

The Z is a mouse that's bristling with great ideas; unfortunately, the execution of those ideas is often stunted, but the price tag reflects them nevertheless.