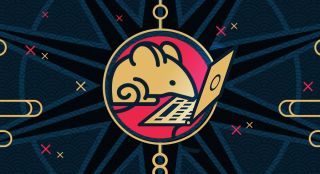 If you've not already devastated your wallet by celebrating the upcoming Chinese New Year on Steam, GOG's hosting its own Lunar Sale, cutting the prices of more than 1,500 games.

GOG's Lunar Sale is just a straight forward affair where you won't be collecting red envelopes or keeping up with flash sales, though you can get some rather arbitrary recommendations based on your Zodiac animal.

I was born in 1985 (and yet still look so happy and youthful), which makes me an Ox. A stalwart, dependable creature is obviously perfect for me, a small, clumsy man with a cowardly streak. It's a match made in heaven. GOG suggests that I might like tactical strategy games, and you know what? GOG is not wrong. Unfortunately, I've already got all the tactics games I can handle. Sorry, GOG, this is actually a bad suggestion.

At a glance, the discounts are the same as Steam's, but there's still a lot of great stuff in there. Disco Elysium, our 2019 Game of the Year, is 20 percent off, and I can't recommend it enough. There's no discount on the long-awaited, newly-released Blade Runner, unfortunately, but it's still cheap and only available on GOG.

Anything tickling your fancy?