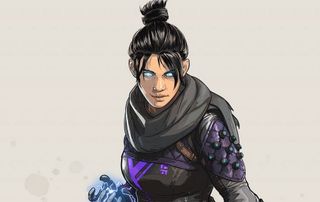 The spirit of Titanfall 2 inhabits one of the most popular battle royale games, Apex Legends, an FPS with one of the highest skill ceilings since, well, the franchise it belongs to.

Now well into Season 1, strategies and a coherent meta have established themselves, and I can offer some useful Apex Legends tips, advice that's a mixture of less-obvious hints and a guide to recommended strategies for players who are making their first drop, or trying to hit Level 100 of the Battle Pass. Here's the best Apex Legends tips I can give you after 140 hours.

Wait, how much health does everyone have?

Every Apex Legend spawns with 100 HP. Because damage doesn't distinguish between health and shields, you effectively double your HP when you pick up a Level 3 Body Shield, which itself grants 100 shields. Here are the armor values for each Body Shield tier:

Apex rewards aggression. If you hear gunfire in the distance, run toward it. When you join a firefight that's already in progress, you're attacking an enemy with half-full magazines, spent abilities, depleted shields, and split attention. Seize this advantage.

Resist the urge to execute opponents who are downed. Restraining yourself from racking up these easy eliminations is itself a skill. Every second spent shooting at someone who can't defend themselves is a bad use of your valuable time, attention, and ammo.

With that said, there are a couple situations when finishing off an enemy is a good move: when you're among the final three or four squads and you want to cancel the possibility of a revive, or at the very start of a round when grabbing a stack of ammo, a gun, or any other loot scrap off of someone's body makes a difference.

For most players and drop locations, 1000 meters is an achievable flight distance from the dropship that leaves room for error, assuming they're flying right.

Steal a new body shield instead of recharging

When your shields are depleted in the middle of a fight, reach for a dead enemy's body shield instead of whipping out a bunch of shield cells. Even if this means downgrading from a purple body shield to a blue or white one, re-entering the fight faster might be the difference between winning and losing.

Be ready to fight three people the moment you engage

If an enemy hasn't noticed you, don't pull the trigger immediately. Where there's one, there's probably two more lurking nearby.

Focus fire, for the love of god

Onto my biggest frustration: the quickest way to get knocked out of an Apex match is to turn a 3v3 into three 1v1s. Exercise the full power of your team by naming and targeting the same enemy. It's amazing how many squads neglect this detail once the light ammo starts flying.

Use grenades to flush enemies

Grenades remain powerful at this early stage in Apex's life, but lobbing them at the very beginning of a firefight is where they're least effective. Throwables are best used to reach an enemy that's healing or reviving behind cover. When looting, reach for Arc Stars first: their ability to slow enemy movement is uniquely powerful in this high-speed FPS.

Most of Apex's combat happens at short or medium range, so maximizing your DPS usually means swapping between two weapons that can fight at that range, since reloading is slower. That said: one person on your team should be carrying a scoped weapon so you can tangle at long-range. As you approach final ring, your team's sniper should consider dropping that Longbow or Triple Take for something else from an enemy deathbox.

The pellet spread of the Peacekeeper and EVA-8 is identical if you're aiming down sights or firing from the hip. Retain your maximum movement speed and don't right-click with these weapons. The legendary Mastiff does tighten horizontally a bit, though, so you may want to quickly tap right-click with it if you're 10m or so away from a target.

With 3 or 4 squads remaining, don't instigate

Reiterating my second tip from this list: do your best to not pick the penultimate fight. The late-coming squad is almost always the victor—do your best to hide or disengage when three or four squads remain, and look to be the opportunist.

It's hard to overuse Apex Legends' slide. On any slight incline, running and then pressing Ctrl or C to crouch will put you into a powerslide that gives you more speed and makes you a much harder target to hit. On big hills, this gives you a massive speed boost. But it's also a powerful tool for simply sliding into cover or bumping up your base movement speed as you traverse the map. This is a basic way of improving your overall efficiency in looting and positioning, and a good habit to develop.

It'll take practice to shoot accurately while you're sliding, but you'll feel cool as hell when you come sliding into battle guns blazing and actually hit somebody.

As you make touchdown from the initial drop, jab that Ctrl key to cover even more distance, retaining your momentum and providing more control than the default 'airbrake' animation.

Shoot the bottom base of Caustic's gas traps to deactivate them. As if Caustic needed a hard counter to begin with. Foiled again!