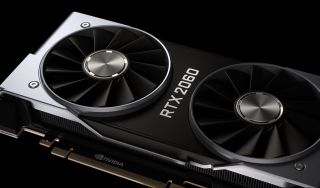 The first evidence of the price drop came last week, when EVGA released two new RTX 2060 cards at CES, one of which was priced at just $280. Now Nvidia has made it official, with the stock Founders Edition model now going for $299 on the company's online store. Most other variations of the 2060 are still priced around $330-350 for the time being.

This seems to be a response to AMD's upcoming Radeon RX 5600 XT, which will have an MSRP of $279 while offering performance somewhere between a GTX 1660 Ti and RTX 2060. Regardless if that's the reason or not, it's nice to see ray tracing become slightly more accessible. I think we can all agree lower graphics card prices are nothing to complain about.