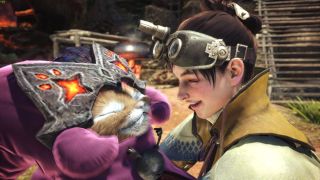 Nvidia is saying that DLSS support should boost Monster Hunter: World's performance in 4K "by up to 50% in the game’s most demanding moments." In the graph below, you can see how much of a boost you can expect depending on your RTX card.

The 2060 might only make it up to a 37fps average, but that's a lot better than the near-unplayable 23 average without DLSS. It's not glamorous, but it may be the most significant upgrade of the bunch.

To make sure you're ready for World's DLSS update, Nvidia recommends installing its latest drivers.