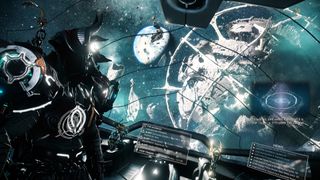 If you have the time and hard drive space, you can squeeze a huge amount of free entertainment out of your Steam client. With that in mind we've organised the best free and free-to-play games together into one list. The free games section consists of games that contain no microtransactions. You might be able to buy extra episodes or DLC packs, but you'll get the full core experience for your download in this category.

The free-to-play section contains games that are supported by in-game microtransactions. We've considered the fairness of the in-game stores when selecting these games, and believe you can get a lot of fun out of them before you put in credit card details. We'll update the list over time as we discover more gems hidden away in the Steam store.

Up to four players fight through space stations overrun with hordes of alien bugs. Beating missions earns you weapons and equipment that let you specialise your marine. Expect almost Starship Troopers scale hordes at points, as the AI director tries to push your team to the brink of death.

Alien Swarm is a forgotten Valve experiment, but it's perfectly good fun in co-op. The complete game code and mod tools are available, but the community never produced enough to sustain the game beyond its opening months. It's still worth downloading the game with some friends and enjoying what's there though.

A beautifully drawn experimental short story about a mute raven trying to interact with his townsfolk. The project is described as an attempt "to tell stories or to communicate an experience using a constrained work of interactive art." It's quick, simple to play, and full of room for interpretation.

A quality Half-Life total conversion that's full of scares. The game twists the old GoldSrc engine to give you an inventory system and a big, dark city to explore. Prepare yourself for relentless tension across eight hours of exploration and combat with 24 different weapons. The download also includes a bunch of custom campaigns and an unlockable extra campaign once you beat the main story. That's good value for a free download.

This experiment eventually became the excellent short story compilation Stories Untold. You can still download it to your library by heading to the page linked above and clicking 'Download PC Demo'. The first part follows someone playing a text adventure as things start to get strange, and quite scary.

It may look like a cheerful classroom drama but don't be fooled, Doki Doki Literature Club! plays with that facade. Sedate chats with classmates create a languid impression for the first act or so, but dark twists await—there's a reason the game opens with a content warning. If you end up enjoying it then you might also like Pony Island and Undertale.

It's the future, you're stuck in a train station, and everything is weird. Chat with the station's odd inhabitants and explore its twisted side passages to discover surreal little anecdotes and piece together meaning from the assembled scraps. It only takes about half an hour to complete and the music is sweet, so give it a download.

Dota 2 is one of the biggest games on Steam. Described simply, two teams of five wizards battle to knock over towers and flatten the enemy base in battles that tend to last between 30 minutes and an hour. In practice it's one of the deepest and most complicated competitive games in the world. Every year the huge International tournament draws millions of viewers, and with 110+ heroes and a consistently shifting meta, this could be the only game you ever need in your Steam library.

The free-to-play implementation is mostly good. Most microtransactions are tied to cosmetics. In addition to individual item purchases you can also buy battle passes that grant access to modes, quests that you complete by playing games, and more cosmetic items.

This third person action RPG about futuristic ninjas can be completely baffling for new players, but if you persist with it you'll find a deep and rewarding game on the verge of some of its most ambitious updates to date. At launch it was a game about repeating short missions—and that's still part of it—but there are also open world zones and plans to add co-op space combat. Warframe has been getting better and better in the last few years, and now we reckon it's one of the best free to play games on PC.

You can spend real money to speed up crafting time, and to buy items and frames outright. Everything is perfectly craftable using in-game currency however, and players seem more interested in using the real-money Platinum currency to unlock new colour schemes.

Card Hunter is a cute squad RPG based around digital collectible cards. You battle through dungeons under the guidance of a dungeon master, levelling up your squad of heroes, building your deck and enjoying some affectionate tongue in cheek digs at D&D along the way. There's loads to play before you ever see a payment screen and there are also co-op and competitive modes. If only more free-to-play games were like this.

This team shooter has been around since 2007, but the character designs are timeless and the class design is still magnificent. Few shooters can point to a class as innovative as The Spy, who can disguise himself as an opposing team to sabotage their gadgets and stab their heavies in the back. If you prefer long-range engagements, the sniper has you covered, or you can ambush enemies up close with the Pyro. Whatever your play style, there's a class to match, and with enough play you will be switching between classes frequently to help your team push the cart or take a tricky point.

Path of Exile is one of the deepest action RPGs on the market, and one of the most generous for being free-to-play. The basic structure ought to be familiar: pick a class and embark on Diablo-style killing sprees to earn loot and level up. There's a huge amount of class and item customisation to dig into as you start to move past the tutorial stages. Slot different patterns of gems into your armour sets to min-max your character and take them into even tougher dungeons. You only need to pay money for cosmetics that reskin your weapons and armour

This space MMO is famous for producing incredible stories of war and betrayal. Its player-driven corporations are fraught political entities that can be very inaccessible to new players. Even if you don't persist long enough to break into the grand PvP game it's still a gorgeous universe full of beautiful spaceships and nebulae. Some ships and skills are locked off in the free-to-play version, but you can spend a huge amount of time in the game before you need to look at paying for premium access.

Fly ships, gather a crew, and beam down to planets with an away team in this massive free-to-play MMO. It has aged quite a bit since launch and it's riddled with microtransactions, but you can still play through the story and see every side of the game without paying. If you do get drawn in to collecting high end ships and decking out your crew with signature Star Trek livery then expect to pay for it. You can grind for items using in-game currency, but for advance items that will take longer than seems reasonable. If you're looking for a free Star Trek experience, however, it's surprisingly fun.

If you like the idea of Fortnite but can't stand building, then Realm Royale might be your next battle royale game. It's still in Early Access, but there are enough features to separate it from Fortnite (which isn't on Steam), and paid-for battle royale games like PlayerUnknown's Battlegrounds. Realm Royale has a fantasy element with five classes and different spells and abilities for each. Hunters can leave proximity mines, while mages can heal themselves with ice magic. It's perfectly playable at this stage in Early Access, but expect it to evolve a lot in the coming months.

An arena-based top-down brawler with shooting, spells and a colourful art style. As we've observed before, it's basically a smartly designed clutch teamfight generator. If you're tired of the long lanes of Dota 2 or League of Legends then you might enjoy Battlerite's punchy, fast-paced encounters, and while it's competitive, it has a cleaner learning curve than the major lane-pushing games. A separate paid-for Battlerite Royale mode is heading to Early Access in September, which has annoyed the community, but you can still find a battle in the original 2v2 and 3v3 modes.