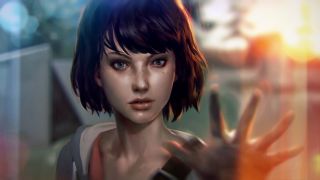 Here's the first trailer for Life Is Strange; the time-warping episodic adventure from Remember Me developer Dontnod. It's about two girls attempting to unravel the mystery of a fellow student's disappearance. Also: one of them can rewind time. I've not played the game, but I'm going to go out on a limb and say that could end up being important.

The game will be released in five episodes, the first of which is out on 30 January. That, by itself, can be nabbed for $5. To additionally purchase the remaining four episodes, a "season pass" will be made available for $17. Or, all five can be bought together for $20.*

If only there were a gif of a cool storm thing—it'd really tie this article together. Oh hey, look at that: