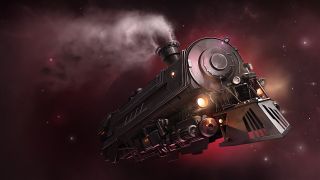 Fallen London, the browser-based progenitor of Sunless Sea and Sunless Skies, is celebrating a decade of weirdness and wonderful prose. It's a big achievement given the declining popularity of browser games, and the trickiness in making them profitable. As well as concluding the long-running Ambition storylines, the Failbetter team hosted an AMA that hinted at the series' future.

While Failbetter isn't ready to discuss its next project in detail, CEO Adam Myers revealed that, for the next few, the studio will probably be making some big changes to how they play.

"We can't say much about future games right now, but at least the next few that we make are likely to play very differently to FL, Sunless Sea, and Skies," he said. "And of course, they'll still have rich narratives with a lot of choice and consequence."

The latest game, Sunless Skies, is set after people venture out into space in improbable space-faring locomotives, but the browser game hasn't quite reached that era yet. It will, however, but things might not play out the same, and Failbetter hasn't decided how the Victorian Space Age will affect the game.

"Sunless Skies' timeline is a possible future for the universe," said communications director Hannah Flynn. "As of now we don't know exactly what state things will be in come in-game 1905, but we're not worrying about re-writing the whole thing to be in space. Unless we should be? Mercy! To the word mines!"

This has reminded me that I've got a loopy poet whose life has been on pause for over a year, maybe two, so I'd better get back to him.