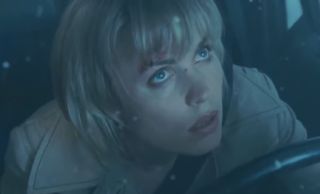 Director Christophe Gans recently told French website Allocine that he's working on two projects. The first is a movie based on Fatal Frame, aka Project Zero. According to Google Translate, he said, "The film will take place in Japan. I especially don't want to uproot the game from its Japanese haunted house setting." He then went on to mention a new Silent Hill movie: "The project will always be anchored in this atmosphere of a small American town, ravaged by Puritanism. I think it's time to make a new one."

According to rumor there are currently two Silent Hill games in development as well.

Gans directed the first Silent Hill movie, released in 2006, which got the visuals and the music right if not so much the story. He turned down an offer to direct the sequel, 2012's Silent Hill: Revelation, and hasn't even watched it. As he explained in the same interview, "when I understood that the producers wanted to make the film a sort of Resident Evil, I refused."

Gans also directed Brotherhood of the Wolf, which makes me think he would probably be a better match for a hypothetical Bloodborne movie than another Silent Hill, but we'll see how this third attempt works out.