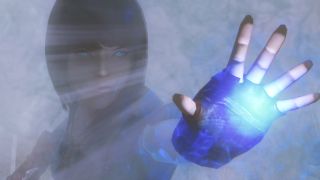 Looking for mods for the original version of Skyrim? We've selected over 100 of the best mods for improved visuals and optimization, new quests and locations, roleplaying and immersion, creatures and NPCs, and much more. These are the best Skyrim mods.

Since the last time we updated our list of the best Skyrim Special Edition mods the Skyrim Script Extender has been made compatible with it. You can download it here (it'll be labelled "Current SE build"). Turn off automatic updates for Skyrim Special Edition once it's installed, as the creation club still receives patches which routinely break the Script Extender until modders update it.

With the Script Extender modders can now alter this version of Bethesda's RPG as drastically as Oldrim. Near-essentials like SkyUI are now available in this slightly prettier (it does have nicer shadows), and more stable (you can alt-tab as much as you like) version of Skyrim. To be fair, there were other changes as well, like these.

If you're playing the Skyrim Special Edition and looking for the best mods available, look no further. Some of these Skyrim Special Edition mods can be found on Bethesda's site and downloaded while in-game, but the links we'll post all point to the repository at Nexus Mods. Mods added in the latest update of this list have been marked with a ⭐. And if you're looking to have even more fun in Skyrim, check out our list of Skyrim console commands.

For downloading, installing, and managing these Skyrim Special Edition mods and others, we recommend Vortex. It's an extremely useful utility, and it works with a number of other games like Fallout 3 and 4, The Witcher series, the Darks Souls games, XCOM 2, and lots more.

The heavens parted, golden saints sang, and SkyUI was finally supported by Skyrim Special Edition. This interface replacer makes Skyrim feel like it was designed for mouse controls, and lets you filter and sort inventory based on weight, value, damage and the like. Also adds an in-game mod configuration menu several other mods rely on.

Skyrim's map is functional but boring. A Quality World Map offers multiple ways to fix it. It can replace the map with a much more detailed world texture, with colors that help delineate the separate areas much more obviously, but there's also an option to have a paper map, with a more Oblivion look, if that's your thing.

Legacy of the Dragonborn ⭐

Adds a gallery you can fill with unique items, a museum to your achievements that is also a library, a storage facility, a questline of its own, and a place to learn archaeology complete with its own perks. While there is a version of Legacy of the Dragonborn for Oldrim, the v5 update specifically for Special Edition remaps the building to make it larger and more like a real museum.

There are player home mods to suit all tastes, but the Asteria is a particularly nice one—a flying ship with all mod cons, by which I mean storage space and crafting tables. It's permanently docked, however, and can't be moved around, though it does have a teleporter for a more immersive alternative to fast-travel. Flyable skyship mods still haven't made the jump over from vanilla Skyrim, unfortunately.

Maybe you don't think a blue Khajiit who follows you around commenting on everything and being sarcastic about Lydia is what Skyrim needs, but trust us on this. Inigo is a follower with tons of dialogue, some tied to his own questline and more that crops up at appropriate times depending on the location you're at. He can be told where to go and what to do by whistling, and will follow you even if you've got an existing companion, chatting away with them thanks to skilfully repurposed voice lines.

This mod is a compendium of hundreds of fixes for bugs, text, objects, items, quests, and gameplay elements assembled by prolific modder Arthmoor. The patch is designed to be as compatible as possible with other mods. If you've got a few hours, you can read through the patch notes.

This mod, by elderscrolliangamer, changes and enhances Skyrim's opening sequence by restoring dialogue that Bethesda chose to cut, but which is still present in the game files. With that content restored, you'll learn more about the world you're preparing to inhabit by listening in on additional conversations and seeing full sequences that were snipped before release. Best of all, if you choose to side with the Stormcloaks, you'll actually be able to escape Helgen with Ulfric himself at your side.

It's more than a little immersion-breaking in Skyrim to enter a city through a gate and encounter a loading screen. Open Cities, by Arthmoor, aims for more of a Morrowind feel: the cities aren't instances, they're part of the larger world. Stroll right in—or ride in on horseback—without a break in your experience, and these cities will feel more like real places than loaded-in maps.

This impressively robust magic mod adds new locations like The School of Witchcraft and Wizardry, the magical town of Manantis, and even a new magical dimension to explore. It also adds hundreds of new spells from all schools of magic, plus lots of magic weapons, over a dozen new followers, and a quest to get you started.

If you're playing Special Edition, you're starting from scratch whether you're a newcomer to Skyrim or a veteran. Why not start your new game as someone other than the Dragonborn? Alternate Start—again, by Arthmoor—is a roleplaying mod that gives you choices on how you'd like to begin your next playthrough. Are you a patron at in inn, a visitor arriving by boat, a prisoner in a jail cell, or the member of a guild? You can start as a soldier, an outlaw, a hunter, or even a vampire. It's a great way to re-experience Skyrim from a different perspective.

This mod by cloudedtruth adds thousands of lines of voiced dialogue for NPCs, directed at making you feel as if you have a closer and more personal relationship with followers and friends. Your spouse, if you have one, will no longer sound like a random follower, but address you in a more personal manner, and those you've angered will have a host of new insults to hurl your way.

Despite the Special Edition's visual overhaul, its dragons are still a bit ho-hum. This mod, contributed to by a large collection of modders, adds 28 new and unique dragons with different models and textures, and capable of over a dozen new breath attacks and abilities. The dragons come in different ranks as well, to ensure you have a challenge no matter what your level.

Just because you're modding doesn't mean you're cheating (necessarily). So why does the SSE disable achievements if you've got mods running? Stick it to 'em by using this plugin from xSHADOWMANx that allows you to earn achievements even while using mods.

While the SSE adds plenty of enhanced visuals, it doesn't do a thing to improve the original game's low-poly meshes. This mod edits hundreds of 3D models placed in thousands of different locations for items like furniture, clutter, architectural elements, and landscape objects to make them look nicer and more realistic.

Skyrim's NPCs already looked dated when the game was first released, and they certainly haven't aged well. The SSE might improve the looks of the world, but it doesn't touch its citizens, so this mod from Scaria should be on your list. It gives everyone in the game (including your avatar) a facelift with more detailed textures that won't kneecap your framerate, and without making characters look out of place.

"This mod enables true 3D sound for Skyrim SE by using a so called HRTF to simulate binaural hearing using normal stereo headphones. You will hear exactly from which direction a sound is coming from." I don't know exactly what that first sentence means, but I understand the second one. Make the SSE more realistic for your ears with this mod from CptYouaredead.

You also might want to check out Immersive Sounds.

Looking to turn SSE into a survival experience? Then bundle up and look no further. These mods from Chesko make the frosty world of Skyrim more dangerous yet more immersive and enjoyable with a system that makes you manage your temperature in the cold climate. Hypothermia is an issue, especially if you swim through icy water, so you'll have to dress warmly, and  camping elements include craftable tents, torches, and other gear. There's even a crafting skill system.

Also, check out Wet and Cold, which adds weather-dependent visual effects and sounds.

Another big mod from Arthmoor restores loads of content that exists in SSE's data files but wasn't implemented in the game. Numerous locations, NPCs, dialogue, quests, and items have been brought into the light, and the game is richer for it.

Skyrim's got lots of adventure, but here's about 10 hours more courtesy of writer and developer Nick Pearce. Play detective and solve a murder mystery while exploring a massive, ancient city. It's got excellent, award-winning writing, a non-linear story, fantastic voice acting by a large cast, an enjoyable original soundtrack, and even a touch of time travel. Here's our write-up of the Forgotten City Skyrim mod.

Unless you're playing as a metal-plated tank who swings an enormous two-handed sword around, there's not a lot of use for smithing. Archers, thieves, and other stealthy characters have no issues finding light armor on their adventures, so there's never been much reason to make it themselves. This mod by Arthmoor gives slippery sorts reasons to learn smithing, by letting them forge arrows, lockpicks, and guild-specific armor, as well as melt down bulkier armor they'd never actually wear into ingots.