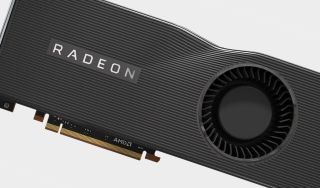 AMD is pushing out a new Adrenalin driver (20.1.2) for its Radeon graphics cards, and if you happen to own a 5700 series model, you should check it out. According to the release notes, it addresses an issue that causes intermittent reboots when the PC is left idling on the desktop.

It's a quirky bug, and highly annoying to anyone affected by it. Nobody likes to return from a bathroom break to find their PC has inexplicably rebooted.

The only other bug fix associated with this driver has to do with some UE4-based games failing to launch through the Adrenalin 2020 edition software. They include KovaaK 2.0: The Meta, Tetris Effect, and Snooker 19.

AMD's list of fixed issues has typically been much longer since launching its overhauled Adrenalin 2020 drivers at the beginning of the year. However, this is a relatively minor update. AMD pushed out a larger GPU update last week containing over two dozen bug fixes, and optimized code for Monster Hunter World: Iceborne.

My hunch is the main reason for this release is to boast support for the Vulkan 1.2 specification that Khronos Group announced yesterday. This will matter more to gamers in time, though for right now, it's mainly of interest to game developers.

Beyond that, AMD's driver team squeezed in some optimizations for Dragon Ball Z: Kakarot, which releases tomorrow. I can't imagine it will be all that demanding, in terms of stressing hardware (the minimum and recommended specs support my assumption), but I don't think this was the real reason for delivering a second driver in a week's time anyway. It's more of a bonus, I guess.

You can grab the update through the Radeon Software utility, or head here to download and install it manually. As always, be sure to check out our guide on how to update drivers for tips on best practices.