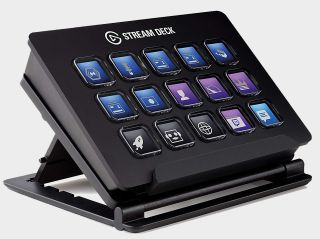 Elgato, which was recently acquired by Corsair, is currently the leading brand in game capture hardware—we use some of its equipment for our own gameplay capture and streaming. If you're looking to upgrade your streaming setup, Amazon and Best Buy are currently offering holiday deals on the Elgato HD60 Pro, HD60 S, and Stream decks at up to 30 percent off.

This older version of the Elgato Game Capture HD Pro is a low latency internal capture card that streams and records at 1080p 60 fps. If you plan a building a dedicated streaming PC in the new year, this is an excellent component to have. It’s currently $160, which is $40 off its list price. This isn't the cheapest it's ever been—it dropped all the way down to $126 at the end of last year—but you might have to snatch up a lightning deal to get it at that price.

For a cheaper solution, the HD60 S is an external card that plugs in via USB-type C, and is well-liked because the setup is basically foolproof. At $114.99 right now, it's only ever been cheaper by a few cents. The HD60S is also a 1080p, 60 fps device, which remains the sweet spot for streaming because broadcasting at higher resolutions requires a crazy amount of bandwidth and isn’t worth the headache.

The Stream Deck and Stream Deck XL are neat little devices if you’re looking to produce slicker streams. Think of them as mini versions of the switchers you’d see in a live TV control room. At the touch of a button, you can start/end your stream, switch to different cameras, and drop graphics and sound effects into your broadcast. They're both $50 off right now, near their lowest prices ever.

Elgato HD60 S | 1080p/60FPS | $180 (save $65)
The wildly popular and easy to use game capture card is on sale, perfect if you’re looking for a great way to capture game footage off consoles. View Deal