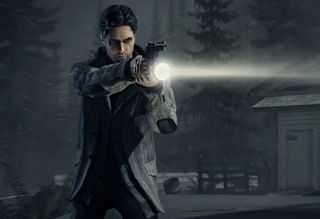 Remedy has announced in its latest financial report that it has three games currently in development, including its own take on Destiny/Division-style live service game.

Last year's rather excellent Control has been doing well for Remedy, as CEO Tero Virtala points to it and Alan Wake as being the two main contributors to its revenue last year (weirdly, no mention of Quantum Break, which came between the two). Because of that, three more games are currently in development.

The first has already been announced: it is the single-player component to Smilegate's FPS CrossFireX, which is heading to Xbox One later this year. Despite never making waves in the West, thanks to its immense popularity in China and other East Asian territories the original Crossfire is the single most-played game in the world, with over 660 million registered accounts. CrossFireX is intended to be a big push for the series into the West, so having a studio like Remedy working on it makes complete sense.

We know much less about the other two games. The first is an unnamed, undetailed game using Remedy's "own brands", which means it could be anything from a new Alan Wake to a whole new series. It's likely that this is going to be another of the kind of single-player action-adventure we've come to expect from Remedy.

The second is Vanguard, which is Remedy's own attempt at the games-as-a-service genre. According to Virtala, Vanguard is aiming to combine "long-term service-based multiplayer experiences with some of Remedy's unique game features". It's difficult to imagine what Remedy could mean by its own "unique game features", seeing as each of its recent games has been radically different to the last in both tone and mechanic. Working things like that out for Vanguard is about where the studio is at the moment, as Virtala says both it and the other game are still "preparing for pre-production".

These three projects don't mean work on Control has wrapped up, though. Virtala states that sales for the game have "settled on a good level", and that the two paid expansions previously announced in September are still in development. At least one of these expansions is due for release by the middle of this year, and it may well include a crossover with Alan Wake.

Which is good, because I will not die happy until we get a follow-up to Alan Wake.