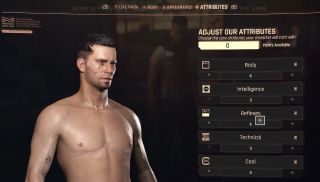 It's happened to all of us in an RPG at some point: You spent skill points on something that sounded good at the time and and later regretted it. Maybe you poured points into bartering to lower vendor prices but it turns out the game gives you more money than you know what to do with. You put points into strength and dexterity but find yourself missing fun conversational options because your charisma is el zilcho. Maybe you leveled up your skills on a ranged weapon but discovered you much prefer fighting melee.

So when you get the chance to glug a respec potion, you grab all those poorly-spent points and direct them elsewhere, instantly rebuilding yourself into the type of character you really want to be.

Real life can be tinged with the same kind of regret as any RPG—and a quick respec isn't on the table. So, that's our question this week: If you could respec in real life, how would you reassign your skill points? Below we've got answers from some of our writers and members of the new PC Gamer forums. We'd love to see yours in the comments!

Rachel Watts: Cooking! Why didn't I put any skill points into cooking?! I would totally pour some points into any food-related skill because ask me to make anything beyond toast and I'm pretty useless. I would put fewer skill points into playing Cooking Mama and more into actual cooking.

Emma Matthews: I'd love to redistribute some of my points into music, particularly to improve my guitar skills and become a rockstar. It's an instrument that I can play on a very basic level, but I never find enough time to learn a full song from start to finish. I only focus on the parts that sound cool and learn those. Maybe I'll chuck a few points into endurance, too because building up those calluses hurts A LOT and my fingers always sting after playing for a few hours!

Chris Livingston: When I was growing up my parents didn't want me sitting around during summer vacation, enjoying myself like some kind of happy, carefree kid. So every single summer, I'd have to take swimming lessons, every single weekday. For, like, 10 years. I can't say I regret it: if there's a single thing I'm confident about, it's that I'm a strong swimmer. I took several advanced lifesaving classes, I could tread water while fully clothed for an hour without using my hands, and I passed all the life guard requirement tests at are 13 (which was far too young to be an actual life guard).

Thing is, except for maybe when I'm vacation, I never swim. I don't have a pool, and while I live not too far from the ocean it's too cold most of the year for swimming. I do, however, have a car and a house, and both are constantly falling into disrepair. I think I'd take all those points I used to unlock everything on my swimming skill tree and put them into home and auto repair. Maybe I'd wind up drowning in the tub but at least my roof wouldn't leak and the car wouldn't make that weird noise when I drove over 55.

James Davenport: I'm not sure! I like myself, though my psychic defense specs are fairly low. Anxiety and depression mar an otherwise well-rounded build. All of my dialogue choices are blank spaces or bad jokes. I suppose I'd spend my music points on different abilities. 10 years of playing the tuba gave me an invaluable appreciation for music, but my dreams of playing in a garage band are consistently dashed when I try to learn another instrument. If anything, I'm sitting on an unused pile of points that I'm too anxious to put towards any new skill. Do I drop them into fiction writing or programming? Permaculture? Van-to-home conversion skills? Animal husbandry? Radical climate activism attributes?

I'm noodling around right now, spending the occasional point on curry-making. A nice skill, but I'm not sure it'll carry me through any mid-game dungeons. Once you hit level 30, speccing for the approaching endgame gets pretty damn overwhelming.

Harry Shepherd: Given the state of the UK at the moment, I'd respec pretty much all my skill points to a foreign language. A European one, preferably, but honestly I'm not fussy at the moment. I suppose I could add a few to foreign history knowledge, so I can ace whatever citizenship test is thrown my way.

Obviously these points would be allocated from the ones I have going spare in charisma. And I've had my charisma stat verified by many others, before you say anything. Ok, just my mum, but still.

Steven Messner: Oof, this is so hard because, like James, I'm pretty happy with how I've chosen to spend my time and what I've invested in. At the risk of sounding like I'm ripping off his answer, I'd definitely take all the points I threw into music and reinvest them somewhere else. It's tough because I'm really proud of how talented I was when I was 16 and genuinely wanted to be a musician, but nowadays that part of my life means so little to me. I might pick up a guitar now and again and noodle on it for a bit, but if I could do it all over again I might reinvest that time into a creative hobby that aligns with where I am now.

Maybe programming or art—or maybe I'd just go all in on communication and writing and hope that'd pay off. As I get older, though, I wish I would've dropped a few more points in constitution. It's not that I wish I was ripped or anything, but I'm anxious about warding off negative illnesses and the general erosion of health as you get older. Yesterday I pulled my shoulder while yawning.

Lauren Morton: I'll snag all of Harry's spare charisma points, thank you very much. I'm plenty confident behind a keyboard but my brain-to-mouth skills are very sloppy when you put me in front of other physical humans. As for more traditionally skill-y skills I guess I'll carry on with everyone's music theme. I multi-classed in instruments when I was younger thanks to an inability to commit to any one and it's left me with no proficiencies to speak of in my midgame. I put maybe one single point into guitar and piano each and a few more points than that into vocal performance. I wish I'd chosen one and stuck to it because I suspect there are some late-game easter eggs if you manage to maintain a high proficiency in some form of music for an entire run. If I'm allowed to break the 4th wall, I'd just like to have Fallout: New Vegas' Black Widow perk because it had by far some of my favorite dialog options—you know, for that Charisma deficiency I've got.

Joanna Nelius: When I was younger, I played the piano and also competed in gymnastics and tennis. Once I hit junior high / high school age, sports took over and I ended up quitting piano, which I totally regret. Maybe if I had stuck with piano I wouldn't have blown out both my knees before I turned 20 from playing those sports for so long, but there was no way I could predict those injuries happening. I was a better piano player than I ever was a gymnast, anyway, so I'd go back and respec those skill points into the piano. Other than that, I'm pretty happy with everything else—except my height. I'd like to be taller.

Stevie Ward: Bearing in mind I've pretty much rolled charisma on everything in my life, maybe some points in Logic and Stamina wouldn't go amiss.

I'd probably respec knowing every episode of Friends into something useful, like a foreign language or something to make myself even cooler, like being better at guitar. Oh and I've not once ever caught a ball or hit one. So whatever would have saved me the shame of that in PE. +10 Dexterity?  Oh the agony...

Jarred Walton: Over the years, I've put way too many points into general hardware knowledge. I feel like I've spread myself a bit thin and should maybe focus in on just one or two components, like GPUs and CPUs, and not worry so much about motherboards, RAM, overclocking, SSDs, and power supplies. I get they're all important bits of my PC, but just about any decent part will suffice in many of those areas.

Also, I have a vast knowledge of DOS dating back to the mid-80s, and it's pretty much useless these days. How to tune your Config.sys and Autoexec.bat files is not something I've needed to know since the 1995, when Windows 95 mostly killed DOS—and good riddance, I say! And while I'm at it, everything I know about Linux (and Unix in general) is of little practical value in my day-to-day life. I'd take all of those unused skill points and stuff them into creative writing, in the hopes of maybe churning out hardware content that's a bit more entertaining. A few extra points into agility wouldn't go amiss either.

DelirusRex: I'd like to model myself off of my Outer Worlds character. I'm way too anxious, so I need all of my point in speech. All of them. All. Maybe two in Charisma. But, mostly speech.

McStabStab: Does the "endowment" slider count? ...asking for a friend.

Grindzombie: Hmmm... Maybe I'd regret this later, but for the way my career panned out I would certainly take all those points I spent on Grindcore Drumming and dump them directly into Math.

Pifanjr: (Somewhat) unoptimized characters are great for role-playing. I'd rather keep my unique personality and random collection of knowledge and skills and use them to live an interesting life.

Then all I need to do is play the lottery and bide my time.