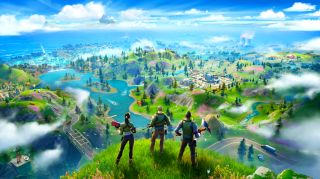 Fortnite Chapter 2's incredibly long first season will be coming to an end soon, and Epic has revealed the release date for Fortnite Chapter 2 Season 2. Epic decided to extend Season 1 until early February, but now it looks like the change has been pushed back a little further, until February 20.

Epic never confirmed when exactly Season 2 would kick off, but dataminers uncovered a date of February 6 in the API, which was changed to February 20 yesterday.

Otherwise the season remains a bit of a mystery. There's been plenty of speculation, but Epic's not quite ready to spill, well, anything really. The release date announcement has some teases, but the tricky folk at Epic have redacted all the juicy bits.

Season 1 will conclude with more challenges and a two-week event, but what it will entail is still unknown. There's not much time left, however, so the bill will undoubtedly be spilled soon.