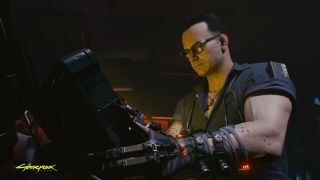 CD Projekt said last year that every quest in Cyberpunk 2077 will be "handcrafted," including Street Stories, a tier of side quest similar to Geralt's monster hunting missions in The Witcher 3 that players will pick up from fixers throughout Night City. They will come in varying types and sizes, and completing them will earn street cred that boost your reputation.

In a new interview with OnMSFT, CD Projekt's Krakow studio head John Mamais said there will be about 75 such Street Stories, and explained a little bit more about how they'll work in the overall context of the game.

"There’s a couple of layers. There’s a passive layer, which is the vendors, then there’s the STSs, which are the street stories. I think there’s around 75 street stories. Then there’s minor activities as well," Mamais said. "The street stories are like little quests. There’s story but there’s not, like, advanced cinematic storytelling sequences so much. They’re a way to explore the world and level-up your character.

"They’re all custom done. There’s nothing like that that’s automatically generated. There are set templates that the guys can use but each one is customized to make them feel unique. The world’s going to be filled with that stuff. It should feel really good."

Mamais also said that CD Projekt is planning post-launch content for Cyberpunk 2077—"it'll probably be something like The Witcher," although he couldn't go into further detail—and confirmed that the multiplayer component, which the studio is treating as an entirely separate project, is a long way off: "That's going to be talked about a year from now or something. I wish I could say more."

CD Projekt said in January that Cyberpunk 2077's multiplayer component probably won't be ready to go until after 2021. Cyberpunk 2077 itself is now scheduled to come out on September 17.