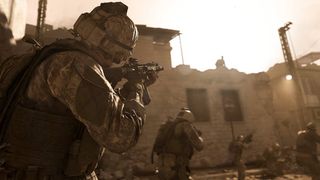 The Akimbo perk—introduced as part of Call of Duty: Modern Warfare season 2—gives players the ability to dual-wield five different pistols, along with a fresh battle pass, plus new maps and operators. But not only is dual wielding deadly on the battlefield, it also looks undeniably cool.

Akimbo is available in the latest Modern Warfare as one of your five possible attachments, but you've got a small hoop you need to jump through first. Thankfully unlocking the CoD: MW Akimbo perk doesn't take a lot of work, nor does it take very long, so here's how to do it.

CoD: MW Akimbo guns and how to unlock

Getting Akimbo requires you to complete a small challenge; it works in a similar way in terms of how you unlocked the CoD: MW crossbow in the preceding update. The challenge is different for each of the five different pistols that can be akimbo'd and is listed in the pistol's perk slot in the Gunsmith.

Each pistol perk challenge is fairly straightforward and they're all pretty similar. They always involve getting three kills in five different matches, but the perk you must use is different.

Here are the CoD Akimbo guns and their corresponding challenges:

If you want to see dual wielding in action with all the possible Akimbo pistols, check out Nemsk's video above.