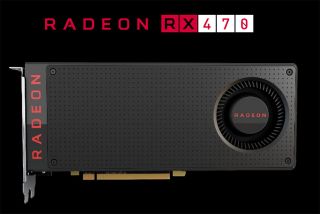 While Nvidia will look to make a splash by releasing its GeForce GTX 1050 and 1050 Ti graphics cards to retail next week, AMD is doing its best to ruin the launch party by shaving $10 off the price of its Radeon RX 460 and 470 graphics cards, both of which are available now.

Starting today, the new suggested price of the Radeon RX 470 4GB is $170, making it $30 more expensive than the GeForce GTX 1050 Ti. Meanwhile, the Radeon RX 460 2GB now starts at $110, putting it on equal pricing ground as the GeForce GTX 1050. According to PCWorld, the new pricing of both cards relates to "new holiday programs," though AMD isn't saying what exactly that means.

The pricing has already taken effect at places like Newegg and Amazon, though mostly for the Radeon RX 460 cards. Here's a look at some of the newly discounted ones:

We only spotted a single Radeon RX 470 selling for $170, or $175 if you factor in shipping. It should also be noted that the RX 470 has never actually been available at AMD's MSRP, instead landing at the MSRP of the RX 480, so this price drop can be accounted to AMD "correcting" the pricing.

In addition to cutting prices, AMD is on a campaign to convince gamers that the Radeon RX 460 and 470 are better options for gaming at 1080p than the GeForce GTX 1050 and 1050 Ti. The folks at TechPowerUp posted several slides outlining reasons why.