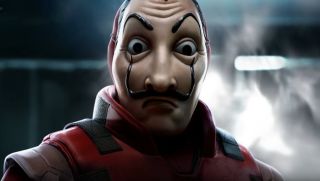 Somehow, Rainbow Six Siege is already four years old. For almost all of that time,  Siege's precise gunplay and meaningful seasonal updates have kept my attention. As Ubisoft closes the book on Siege Year 4, let's  take inventory of how the game evolved in 2019 and what that could mean for 2020.

With Pick & Ban, Ranked is in a better place

When Ranked came out of beta and received Pick & Ban in Season 2, competitive Siege instantly got more interesting. Banning four operators before the match begins changes the way a map is typically played. Without Thatcher or Kali, defenders can confidently lock down Consulate Garage. Without Mira or Echo, Coastline’s Penthouse is a cakewalk for attackers. Though, Siege has a lurking problem that often spoils the fun of Pick & Ban: everyone bans the same operators.

...but Ubisoft should take a hard look at frustrating operators

Siege has an annoyance problem. There are far too many operators whose gadgets carry large punishments for small crimes: operators like the footprint-tracking Jackal, invisible trap-leaving Lesion, or every shield operator (because they’re busted). The same annoying operators are banned in every match, and Ubisoft should really take notice.

No elite operative wants to worry about invisible traps or clumsy shield combat. Given the opportunity, many ranked players instantly remove them from the game. There are too many gadgets that punish players without a proper chance at counterplay. This has to change, both for our collective sanity and if Pick & Ban is ever going to serve its true purpose. Jackal’s recent rework is a step forward, but there’s a long list that needs addressing.

If I can indulge myself for a moment, here’s a radical balancing wishlist I’d love to see happen someday:

Siege has been drifting away from reality and into sci-fi with its gadgets, but Year 4 is when Ubi fully embraced Siege as its own Rainbow Six universe. Back in March, Siege’s first animated short film hit the reset button on the gruff tone the game launched with in 2015.

Rainbow’s new leader, Dr. Harishva “Harry” Pandey, is a gentle soul who represents a more thoughtful future for Siege. Deep within operator bios, you can read Harry’s notes on their personalities and motivations. Even if we only interact with Siege through spawn peeks and headshots, Harry nudges players to see this version of Rainbow Six as something better than its macho military source material: a band of diverse heroes with idealistic goals and fantastical gadgetry.

It’s almost 2020, and Siege still doesn’t have a colorblind mode

Last we checked, Ubisoft is not working on a colorblind mode for Siege. Meanwhile, colorblind players have been begging Ubisoft for accommodations since launch. In 2019, Siege stands out among other triple-A multiplayer games for missing this basic feature.

Limited-time events were fun, but inconsistent

Between Rainbow Is Magic, Showdown, Doktor’s Curse, and Casa De Papel, limited-time events became a regular thing for Siege this year. Even though they exist to sell premium cosmetics you can only reasonably get with real money, a few were genuine fun. Showdown stripped away full-auto weapons for tense Old West shootouts while Doktor’s Curse played like Siege through the lens of Dead By Daylight.

Given time, the events team can pull off good stuff. Unfortunately, the same time obviously wasn’t given for the Netflix-partnered Casa De Papel event, which was just a shoddy match of Hostage to show off the paid cosmetics. If Siege will have both big and small events going forward, Ubi should set expectations ahead of time.

There are more ways than ever to throw money at Siege

Between the Year Pass ($30), paid Renown boosters ($1 to $45), $15 Elite skins, real money-only Alpha Packs, and now a likely $10 Battle Pass, Siege has more monetary strings than ever. The game consistently makes a lot of money for Ubisoft, so it’s a little surprising that Siege hasn’t followed in CS:GO's footsteps and gone free-to-play. Ubi reported that the Doktor’s Curse event had the “strongest revenue-per-session ratio since the Outbreak expansion,” so the premium cosmetic model is clearly working.

Year 4’s operators are some of my favorites in years

It’s been a strong year for new Siege operators. Year 4 delivered eight new faces: Gridlock and Mozzie, Nøkk and Warden, Amaru and Goyo, and newest pair, Kali and Wamai. I’m impressed at the balance of roles that Ubisoft brought to the game this year, focusing both on completely new ideas and existing ones that are remixed in unique ways. Not every op feels up to snuff (Amaru and Nøkk need a lot of love), but I’ve had a blast.

On defense, Wamai and Mozzie are highlights. Wamai’s Mag-NET trap is a smart alternative to Jager’s ADS that encourages you to think deliberately about the geometry and angles of Siege's maps to turn attacker's grenades against them. Mozzie is the most interesting take on the counter intel role, hacking drones to strengthen your team’s camera network. Most importantly, both have powerful weapons to balance out gadgets that might not make a difference every round.

Kali is something new entirely: a sniper with a 12x zoom scope attached to a rifle that downs in a single body shot. She’s hard to manage at close range, but her rifle has already opened up some new lanes for attackers.

My reaction was mixed when Ubi announced that Year 4 would have only one new map followed by three map reworks. One of Siege’s biggest hurdles for new and old players alike is learning the complex layouts of all 20 maps. Turns out, map reworks are a fantastic middle ground. Kafe Dostoyevsky, Kanal, and Theme Park have evolved into what feel like completely new maps while maintaining the parts that worked. I still want new maps, but I hope these renovations continue, particularly for Skyscraper or Fortress in 2020.

It was a mixed year for technical problems in Siege. The community had the misfortune of two game-breaking exploits plaguing matches at the same time: a claymore bug that made IQ invisible and another that let Clash shoot while her shield protected her. We’ve come to expect these exploits to pop up once in a while, but Ubisoft acted quickly to mitigate the damage. Clash and claymores were disabled for a few weeks while Ubisoft worked on a permanent solution. It wasn’t elegant, but it was much better than dealing with a broken game for weeks.

Reverse friendly fire has helped reduce griefing, but the communication side of Siege is still a mess. Players still aren’t notified when a report they submit leads to disciplinary action. Reports are limited to a series of buttons that don’t let you add context. The whole process is opaque and I never know if my reports are doing any good, unlike CS:GO's player-operated Overwatch cheater review system, which left beta in 2015. Ubisoft recently experimented with throwing out cross-team chat to discourage toxic chatter, but intense fan feedback steered the dev toward making it optional. Disabling chat misses the point: there are better ways to moderate (look at Blizzard’s progress with Overwatch), Ubisoft just isn’t doing them.

Rainbow Six Quarantine, the standalone spin-off based on Siege’s Outbreak event, is coming sometime in 2020. On its own, Quarantine could be the Left 4 Dead 2 sequel we never got with new Siege lore for dedicated fans. But with Path of Exile 2 and Overwatch 2, we’re entering an age of weird sequels that overlap with their predecessors. How will our Siege careers and cosmetics transfer into Quarantine? If the trend continues, Ubisoft might someday merge its co-op and competitive offerings into a cohesive product.