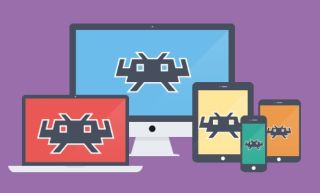 RetroArch is an incredibly popular application that can run classic games using "cores"—plug-ins that add emulators for many different platforms. It allows people to play games for countless platforms all in one place, and now, people who are blind or visually impaired can give it a spin, too.

RetroArch 1.8.2 was released yesterday with several major changes, including a new manual content scanner, faster video playback, Vulkan API fixes on Android, and more. The main attraction is a new Accessibility feature, which not only allows RetroArch's menus and options to be used by people who are blind or visually impaired, but also some games. Where possible, the software will use AI to read in-game text and say it out loud.

The below video shows this in action with Dissidia Final Fantasy, originally released in 2009 for the PlayStation Portable:

"Emulation has helped many people who are blind relive their childhood playing fighting games," a RetroArch blog post written while the feature was in development says. "With the rise of machine learning, however, blind gamers now have another tool in their arsenal: optical character recognition, the extracting of text from images. With this being a part of many screen readers, blind people could use that to read menus, character select screens, and unspoken dialog."

Even in this initial stage, it's nothing short of impressive to see accessibility features added to a games that were never intended to be played by people who are blind. With more work, RetroArch (and projects working on similar goals) could open up more games to a greater audience.

The feature is available as part of RetroArch 1.8.2, but is currently limited to Windows, macOS, and Linux. For details on how to enable it, check out this wiki page.