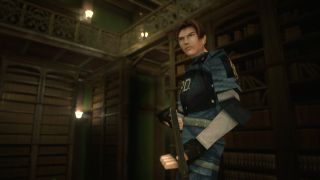 Since hitting 4 million sales in March, Resident Evil 2 Remake sales slowed down a bit, but by September it was just on the cusp of matching its progenitor, which boasts 4.96 million sales across its lifetime. Following the announcement of Resident Evil 3 Remake, Capcom noted that its predecessor, as of December, had already exceeded 5 million sales.

Rumours around the sequel, the reveal of Resistance and a tidal wave of sales have clearly had an effect, bumping up the total by several hundreds of thousands of copies over the last few months. That also puts the lifetime sales of the whole series at a whopping 94 million, so there's a decent chance we'll see it surpass 100 million next year.

Along with revealing Resident Evil 3 Remake, Capcom also announced that Resident Evil: Resistance, the 4v1 co-op spin-off, will be bundled with it, with both launching on April 3.