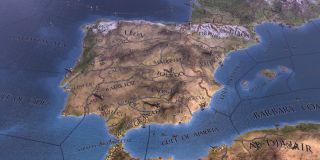 Paradox has announced that Europa Universalis IV is in development. Our colleagues at Rock, Paper, Shotgun have a few details and screens of the grand strategy sequel -- according to them and Paradox's bullet points (below), the Late Middle Ages will return with "over 4000 historical monarchs," enhanced diplomacy, a new trade system, complete mod support, and up to 32-player multiplayer.

The projected release date is somewhere out in Q3 2013, waiting for us to catch up. More details should come out of next week's Gamescom.